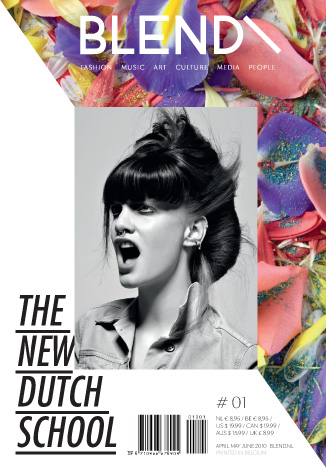 This year BLEND took a new direction by drastically restyling the magazine, with two separate editions. In March BLEND launched the first part of the construction. And their first internationally oriented and distributed issue will be the second part of BLEND’s transformation. A new generation of Dutch creatives are interspersed throughout the internationally oriented content.