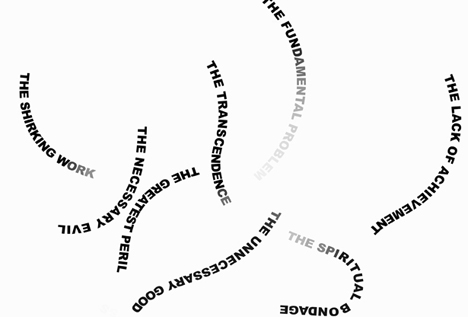 What are TRUTH and REALITY? Do they exist? Can people perceive or find them out? And how? Generally, those concepts and ideas accepted and believed by the majority would be considered as “Truth” or “Reality”, but is it really the case or they are just relatively “true” and “real”?

We can say that the so-called “Truth” and “Reality” are subjective, temporal and regional. Tsang’s text-based works were recently on exhibit at KIASMA Museum of Contemporary Art in Helsinki, Finland.