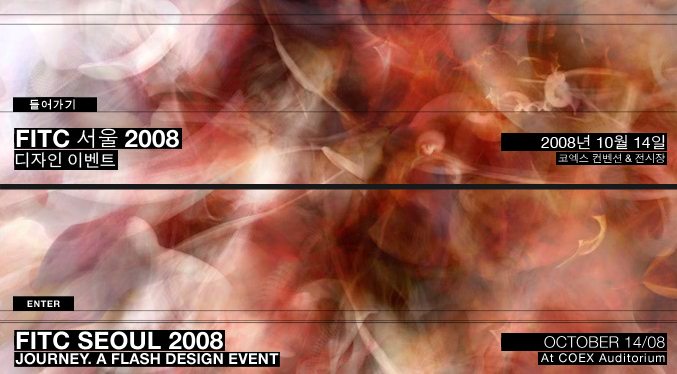 FITC Seoul is open to anyone who works with creative technologies — whether Flash, Photoshop, Illustrator, After-Effects, or a combination of these and other bold new programs. Delegate passes range in price from $59 to $149 US. Early bird discount rates apply now through August 15, 2008. Go to their website for details or to register.