Many album covers have become as iconic as the music and artists they portrayed thus contributing to shaping the identity of these stars and the record labels themselves. Emphasizing the central role photography plays in art, The Photographer’s Gallery presents “For The Record: Photography & The Art of The Album Cover“, which celebrates the unique ‘objet d’art’ that is the Album Cover. Exhibited as the physical covers themselves, these tangible items have a surface area – typically about 32 cm square – large enough to express the magnificence of the photography and artwork. Although vinyl sales have increased over the last decade, nowadays the physical experience for most people has been outdated by digital distribution with artwork covers confined to the screen of our smartphones. 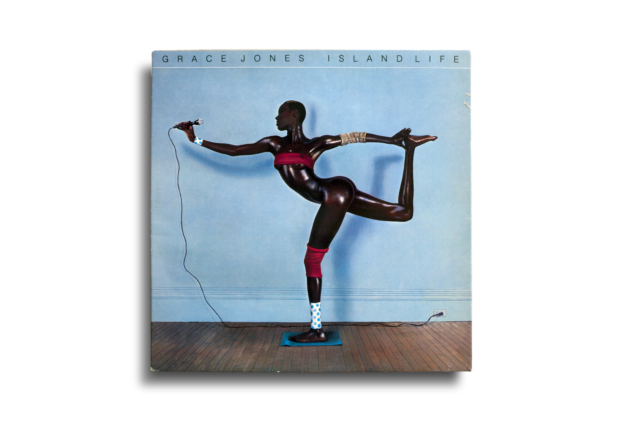 Sir Paul McCartney once explained, when he bought his first records as a kid, that he had about an hour ride on the bus back home mesmerized by their artwork, studying them: the photography on the cover, the design, the lyrics. Indeed, within the music industry the cultural heritage of appreciating a tangible object and its craftsmanship is now a niche that is vanishing with the rise and rise of the metaverse. The exhibition looks at the contribution of a range of equally visionary, though perhaps lesser-known artists, photographers, graphic designers and creatives. 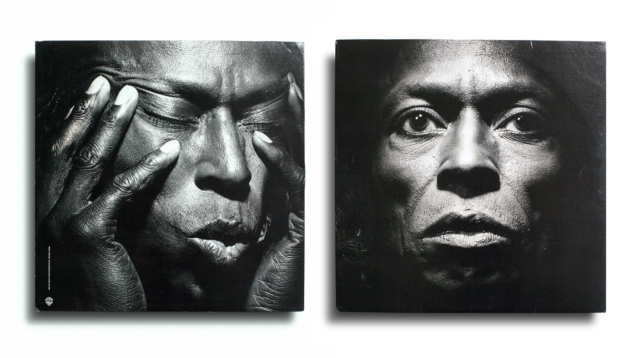 There is a focus on the most iconic and popular work in the music industry such as Robert Frank’s legendary imagery for The Rolling Stones, Jean-Paul Goude’s unforgettable Grace Jones covers, Irving Penn’s mesmerising close up of Miles Davies. Richard Avedon’s characteristic insightful style and Jean-Baptiste Mondino’s countless iconic portraits including Prince, Björk and Grace Jones too.

The exhibition is arranged around a series of thematic ‘chapters’, presenting and exemplifying both singular and longer-term creative collaborations such as Lee Friedlander’s symbiotic relationship with Atlantic Records (and including his covers of such greats as Hank Crawford and Ray Charles) and Francis Wolff’s iconic black and white work with the Blue Note jazz label. The exhibition shows the work of many other figures who represent contemporary art and photography: Andy Warhol, Cindy Sherman, David Bailey, David LaChapelle, Ed Ruscha, Elliott Erwitt, Guy Bourdin and Helen Levitt, many of whom had their careers launched by their cover images.

It is inevitable: some iconic covers in the history of music have been left aside – especially names such as Anton Corbijn, Nick Knight, and Joel Brodsky are not included. Nevertheless, the exhibition feels very complete. In addition to all these artists’ work, “For The Record” also features a series of album covers which use award-winning photojournalism, making the photo ever more iconic. Some popular examples are Led Zeppelin’s first album with a zeppelin on fire and Rage Against The Machine’s album cover with the image of a Buddist monk who burned himself alive – a winner of the World Press Photo of the Year 1963.