You have worked at EMS for almost twenty years. What does this mean to your career?

Early on in my composing life I had the opportunity to start working at EMS, and that has been crucial for me as an artist. When I first arrived I studied Electroacoustic composition at EMS. I learnt to listen to music in a different way and understanding the different composing techniques in classic EAM music. This taught me different ways to create scores, and to create structure in my music, avoiding it to become just soundscapes, drones or noise. Essentially having access to the EMS studios has helped me develop my sound design and film composing skills. The surround and stereo studios are on the highest level and very balanced in their frequency response. They are equipped with both Ino Audio and Genelec. It gives you the opportunity to work with sound in great detail and delicate nuances. When creating music to “La Vitesse Et La Pierre” – an art movie directed by Swedish film directors Igor Zimmermann, Frode Fjerdingstad, Marcus Palmqvist – I composed many songs with many different elements. Then I mixed them all together along the timeline of the film. I doubt it would have been possible without using the EMS studios, or equal. 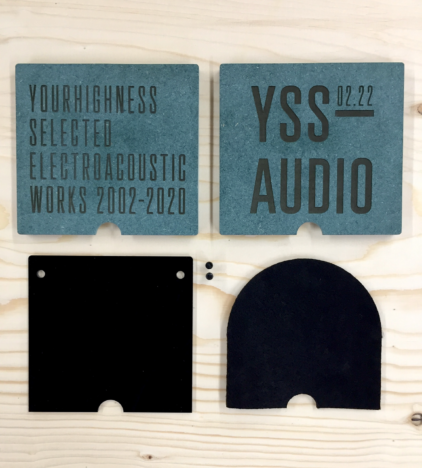 You released the CD June in Stockholm. Please tell me about it.

We released the album at Radio Skanstull located in the venue Trädgården. It’s a live radio show, also with a real audience at the venue. The whole evening was curated by Curt Lundberg on the theme of EAM Music new and old. Curt has been in the alternative music scene for at least half a century, and he owns a very eclectic record collection including rare electroacoustic stuff and even an art piece by John Cage. First guests on the show were the Director of EMS Mats Lindström, and Daniel Araya, who is also the studio engineer at EMS. They all had a chat about EMS, and Electroacoustic music in general , playing some classics and some new stuff. Also Dj Døden and Martin Petersson played great dj-sets during the evening. I played live using a lot of analogue gear and Octatrack and a new device, called The Piezothing.You can listen to the live set here.

Are you planning to translate the compilation into a recurring live show?

Well, the live sounded really good, so I will definitely play more live sets in the future. I used the Octatrack to play about ten tracks from the release, manipulating them and altering their sonic character. On top of that I programmed midi stems for the synthesizers, adding more live quality to the performance. With this method it’s possible to translate album tracks into a dynamic live sets full of improvisations and added analogue grit.

What about the future?

I will continue what I do, develop the live set, and then add more layers, e.g., composing for documentaries and feature film.