In 2012 Evan Roth began a series of works titled Internet Cache, using images accumulated in his computer’s cache. In these pieces, explains curator Marta Ponsa, Roth employs the software used to make sprite sheets (two-bit video game animations), but distorting it to generate groups of images with dimensions that are decided by an algorithm. Roth’s artistic work is pervaded by the hacker philosophy, and he also collaborates with alternative collectives such as Free Art and Technology Lab (F.A.T. Lab). 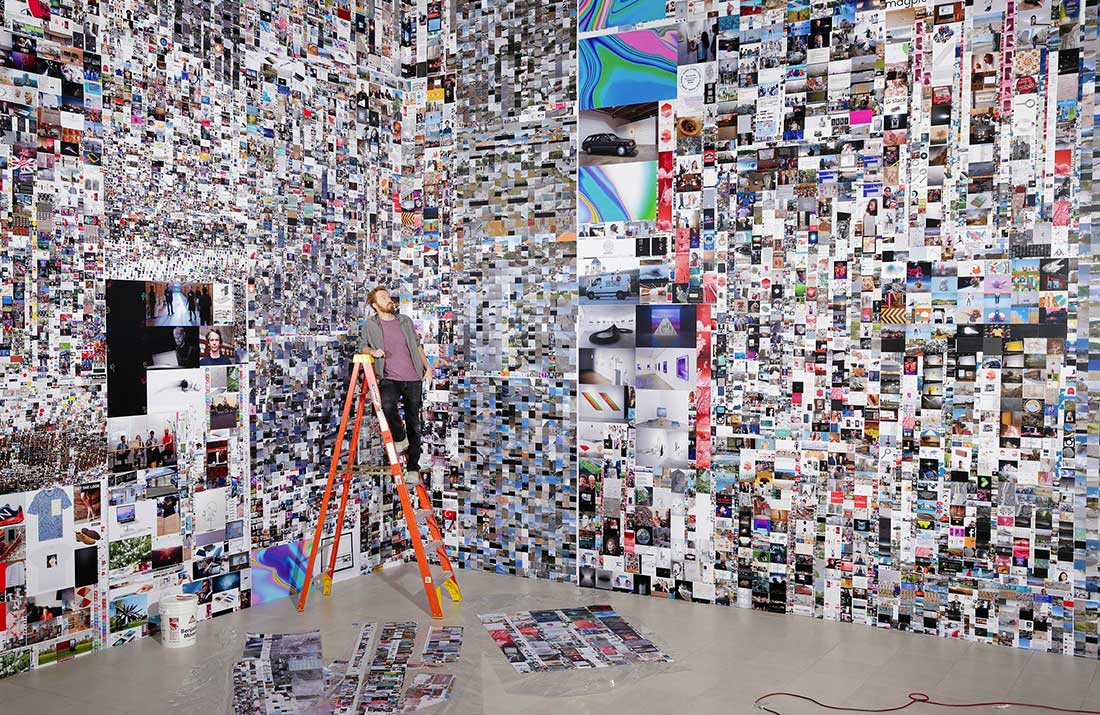 Evan Roth “Since You Were Born”, 2019 © Photo by Bob Self, The Florida Times-Union. Courtesy of MOCA, Jacksonville, Florida

In this installation, Roth takes the birth of his second daughter on 29 June 2016 as the starting point for creating a site-specific project, printing all the images stored in his web cache, without establishing any kind of selection or hierarchy. Family photos, logos, screenshots and advertising banners accumulate and saturate the visual space around the viewer, creating a sprawling and dizzying eye-popping artwork that proves perfect to question our own relationship to images and to what goes on behind-the scenes of the iconomy that is left invisible. Whatever the context, time and space that produced the images featured in the exhibition, the iconomy turns out to be a potent concept for meaning making.