The images filmed with 6 cameras are shown on the screen as a one-take movie, but what audiences also need to focus on is not only the high-quality video work, but also the precision of teamwork among the puppet operation on the stage, camera crew, and live music performance. Also, the audience are thrilled in the breathtaking environment with the tension that a story may be interrupted with any unexpected mistakes. 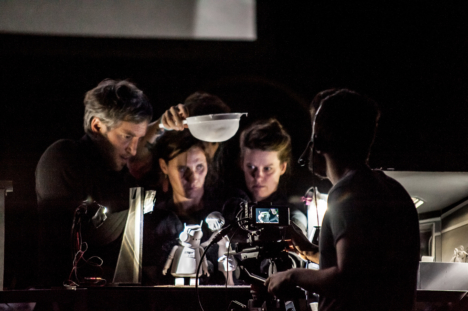 The story is about a lonely office lady and a robot working at the same company (call center). One day, with the introduction of a new robot, the outdated robot got laid off. After seeking a new job all around the city, the robot found a job at sandwich shop. There, he met the office lady again and they were attracted each other. Wonder where their love is going… 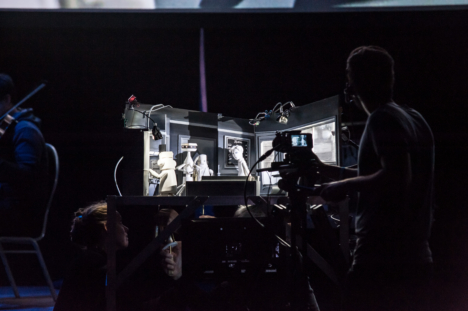 This work has a modern and innovative impression while using classic animation filming techniques. You would have found a lot of small details which are familier to Japansese people were included everywhere in the story. When the line “The End” appeared on the screen, a standing ovation occurred and the applause did not stop for a while.

While hoping to see a replay of this film, Kid Koala has just announced a new work, The Storyville Mosquito, and has already begun showing around the world. If you have the chance, you should go watch it.