The Centre Pompidou in Paris continues the process of re-riding of the greatest artists of the twentieth century, consecrating a monographic exhibition to Francis Bacon (Dublin, 1909 – Madrid, 1992), one of the most famous painters of the second half of the twentieth century, and protagonist of many retrospectives all over the world. The six rooms of the exhibition space include about sixty canvases realized from 1971 to 1992, the year of his death. After more than twenty years after the first retrospective of the artist in Paris, the curator of the exhibition Didier Ottinger, opted for a different key of lecture of this period of production, emphasizing the influence that literature had on his work. 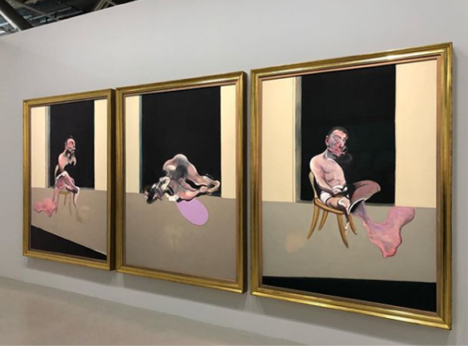 The year 1971 is a fundamental date for Bacon, who sees his artistic success on the international scene, thanks to the exhibition at the Grand Palais in Paris. However, this consecration coincides with the tragic death of his companion, who committed suicide just a few days before the exhibition opening. These events will have a great impact on his production and on his vision of the world. 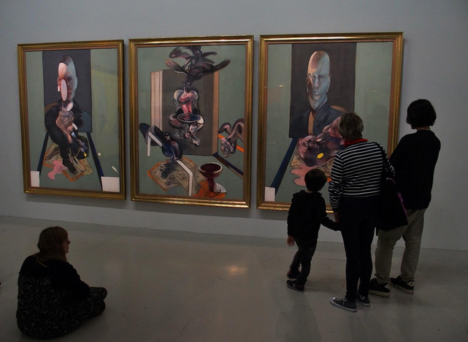 The artist moves toward a period characterised by an autobiographic production in an attempt to freeze time. His style, compared to previous periods, is more intense and simplified. The colours acquire a new depth and the artist uses a renewed chromatic register, made of yellow, saturated orange and pink. He gives birth to his three “Black Triptychs”, Three Portraits: Posthumous Portrait of George Dyer, Self-Portrait, Portrait of Lucian Freud, and numerous other portraits populated by the Erinyes, the Furies of the Roman mythology, female personifications of revenge.