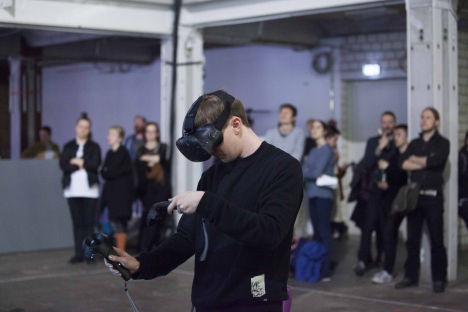 Virtual reality gets a lot of buzz for a lot of different reasons. Most of what we see relates to PC and console gaming, which is no surprise. Headlines about new and exciting video games will reach large audiences online, and will generate some of the most direct excitement associated with VR. But to assume VR’s only impact is in these console-style games would be to misunderstand the potential and scope of the technology.

There are very serious applications of VR that have broad implications for humanity. Most significantly, there is talk that VR will change the healthcare industry in numerous ways, from training new doctors in surgery to helping children feel more comfortable in hospitals. We’re only beginning to see VR applications in these kinds of settings, and already they’re making differences and paving the way for better healthcare.

There are also more casual applications of VR on the other end of the spectrum. While we typically associate it with impressive games run on powerful PCs and consoles, it’s also been called the future of mobile gaming, both with regard to casino platforms and typical app-based games. These types of games can now be designed with wonderfully engaging atmospheres—whether that means a room full of poker tables or, say, a beautiful game like Monument Valley brought to life—and appeal to players in whole new ways.

Even that spectrum doesn’t paint the full picture of VR’s potential. There are fun, casual applications and serious, important ones. In between there are all kinds of other potential uses for VR, many of which are specific to a given industry or pursuit. Among these is the chance that VR could represent a new future of modern art.

If you’re unfamiliar with the technology, or haven’t seen many demonstrations of its use, imagine the idea of being able to strap on a headset that essentially turns your room into a blank, dark studio. Then imagine that with small handheld controls and sensors, you could swipe your hands back and forth to make brushstrokes through the air. The brushstrokes would appear in 3D, such that you could walk around them and observe them from different angles as you worked.

This is a very real concept, exhibited most notably through “Tilt Brush,” which is a VR program built by Google. It’s changing the name of the game for modern artists, as will other programs like it. And that doesn’t just mean people are free to paint 3D portraits in a virtual space. One article looking at virtual reality as the future of art profiled several different types of artists, from the illustrator to the sculptor, explaining how the medium could benefit each one. There are no limits to the type of creation we can make in VR, whether it’s something that can later be downloaded and applied to a page, or something that can be printed as a 3D sculpture or model.

It’s all quite fascinating, and we’re still in the earliest stages. But it certainly looks as if we’re on the cusp of the next big chapter of artistic history. And it’s one where artists and their work will in some ways be more intimately connected than ever before.