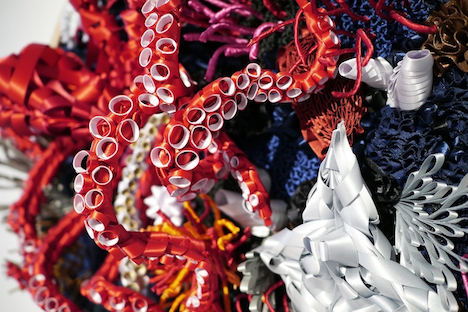 RIBBONESIA “MURMUR”
At Clark Gallery + SHIFT, the Sapporo exhibition “MURMUR” by an art duo “RIBBONESIA” with an artist Baku Maeda and a creative director Toru Yoshikawa, will be held in September. “RIBBONESIA” presents art works based on ribbon materials. In addition to the relief which gained popularity in the Tokyo exhibition, new works that will be released for the first time in this exhibition will be exhibited. Four kinds of new original printed silk scarves are also sold on a limited quantity.

PARKGOLF “REO”
A long-awaited second album “REO“, by a track maker living in Sapporo, who also works for remixes of famous artists such as Takashi Fujii and tofubeats, was released on August 9th. A remarkable work that features various guest artists such as singer Hitomitoi and some rappers. Following the previous work, the artwork was done by an artist Patanica from Sapporo. 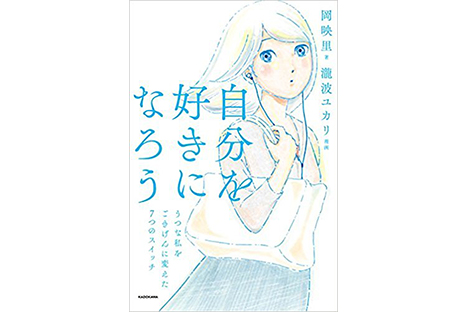 ELIE OKA / YUKARI TAKINAMI “LOVE MYSELF – SEVEN SWITCHES THAT CHANGED ME FROM BEING DEPRESSED TO HAPPY”
Oka Eri is an author who made an impressive debut with a book “In A Border Town”. Her unprecedented depression recovery essay that she experienced with depressive symptoms and wrote about a year and a half of trial and error before she regained herself has just arrived. A drawing comics by Yukari Takinami living in Sapporo who is an author of popular comics “Near-death !! Ekoda-chan” “If I could say thank you” were also included. 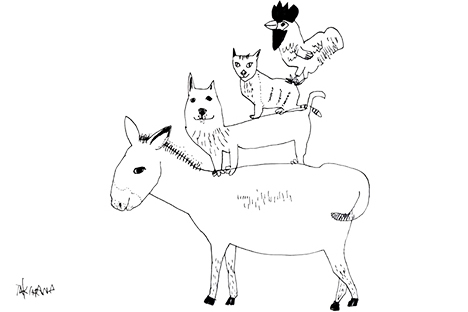 YASUKAZU TAKIHANA DRAWING WORKS
Drawing works of pretty but somewhat poisonous animals by a modern artist Yasukazu Takihana based in Hokkaido, Hakodate, is now available at the museum store. The size is 30 x 24 cm, and you can choose from 7 different frames, so it is recommended as the first art décor for your home. In addition, “Machachaka Art Project” will exhibit his works at “Saturday’s Chocolate Factory Cafe” in the Sosei River East area from the end of August for about 3 months.