6 days after the Swedish Museum of Photography, Fotografiska set up the exhibit “Human Love”, the controversial Chinese photographer took his life. Tributes to Ren Hang were quickly spread on the Internet. Born in 1987 in North East China’s Jilin, the young artist was about to turn 30 years old. His work is a constant pursuit to misplace or even mock the human body in a sculptural fashion. His photography work transforms sort of comical or absurd scenes into a question of existence and beauty. For Ren, the human body is the messenger of expression. He explores sexuality and freedom, which is quite an unusual topic for Chinese artists, most likely due to the adversities that exists in such conservative society. 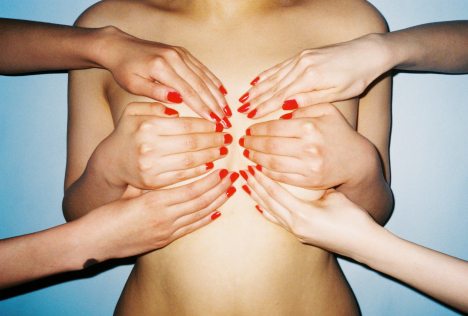 Rather than some groundbreaking style – that snapshot style resonates with Jurgen Teller or Terry Richardson, and the interaction with Nature with photographers such as Ryan McGinley – Ren symbolizes a new Post-Mao Chinese generation of bored and reckless young adults who are careless about tradition but eager to add their viewpoint to what is understood taboo. Ren is not political as some other Chinese artists, for instance Ai Weiwei (Ai Weiwei himself has curated some of Ren Hang’s exhibitions). Ren Hang explores sexuality and freedom surrounded by one of the most conservative societies in this world. “I don’t really view my work as taboo, because I don’t think so much in cultural context, or political context. I don’t intentionally push boundaries; I just do what I do,” Ren explained. Thus in his photography naked bodies are an expression of freedom rather than a search for anything explicit or provocative. However, Chinese authorities did not see it that way, and Ren had been on the verge to be arrested several times just for showing his pictures. 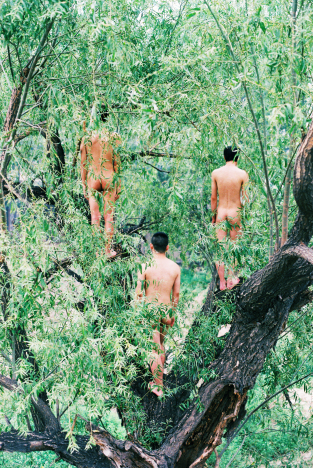 The explicit content of some of Ren’s images does not change his humble approach to visual expressions of humanity regardless cultural or political issues. Ren operates closer to poetry rather than activism. His images are surreal but sensual at the time. Nevertheless, Ren was aware of his controversial work, if only because in China is forbidden to be naked in any type of outdoor place. “I mostly use my friends, both women and men, often naked. But if I’m shooting them naked outdoors, we’ll have to be very careful, even if we’re not hiding, since public nudity is forbidden in China.” The exhibit at Fotografiska does not seek the controversy of his work in forefront, none of Ren Hang’s images that show genitals are exhibited, but there is an intriguing selection that calls to the poetics of his work. Also the fact that Ren Hang himself was in the very same space just a week earlier contributes to the experience of this exhibition. 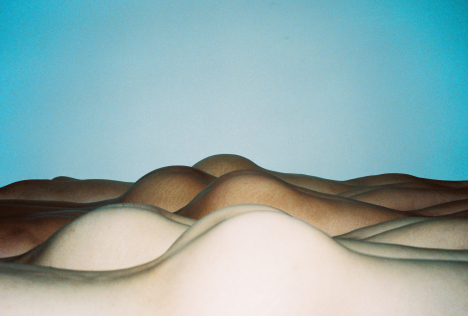 As many other photographers, Ren was fascinated by the human skin, and bones and human shapes, the rarity and singularity of the human body. Also he loves the red color (like Stanley Kubrick). Generally, his photography includes touches of red like in the nail polish or the lipstick.