Yumi Fuzuki, a poet born in Heisei period, started to submit her poems to magazines during her middle school era and received Gendaishi Techo award when she was sixteen years old. She was the youngest winner to receive Chuya Nakahara prize and Yutaka Maruyama memory modern poetry prize with her first collection, which was released when she was in the final year of a high school, and had drawn people’s attention.

After being an adult, while she vitally continues to write, she’s also active in multiple fields such as art and fashion. Although “poem world” which will remain to futurity has valued her, we wonder why she expands her area which is nibbled by the same generation with occasional misunderstandings and criticisms. We were able to interview her who just released her first essay collection and her third poem collection. 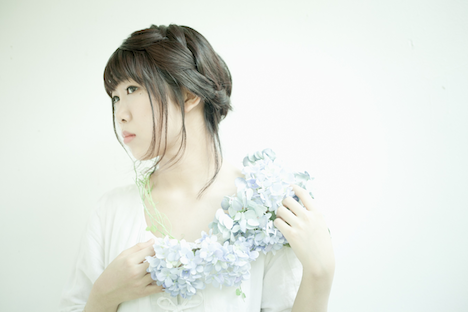 Before asking about your recent news, could you tell us about your first and second poem collections?

There are two main themes in my first poem collection “An inappropriate myself, in an appropriate world” that I released when I was in the last year of high school. One is a sense of alienation for considering myself as an observer being different from others. The other is a discomfort for finding things that people usually overlook.

The second one “Deeper and higher than the roof” is a collection of poems that I published in mediums other than poem magazines such as newspaper and literary magazines after I moved to a city. I got an opportunity to imagine readers’ faces since I wrote, working on poems themes or thinking of my new group of readers. Compared to the time that I released the first collection, I was less aggressive and thinking “how to accept” and “how to survive together” after realizing the difference between me and others.

Feedbacks are extremely opposite from readers of the second collection. One says “her works are a lot more polished than before and became better” and other says “something is missing” or “we would like to see her style of the first collection back.” But I won’t be able to describe the same feelings that I had when I was a teenager girl since it will be lacking the persuasiveness. So I’d assume that it won’t be as interesting as if I still wrote poems like ones in the first collection. 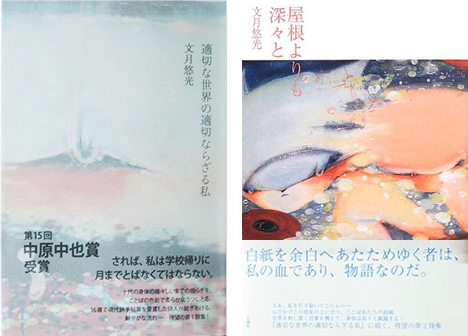 Book cover: An inappropriate myself, in an appropriate world / Deeper and higher than the roof

This difference reflects the distance between me and the deceased persons. I barely sew my grandfather once a year, so I felt like an observer at his funeral. However, I lived with my grandmother. Therefore, I hadn’t snapped out of the sadness when I wrote the poem and this feeling natural led to the diary style.