The event named “Makeup Restaurant” was held in Hrajuku, Tokyo organized by makeup artist Miwonderful (Miwa Yokoyama). Audience is “served” the full course of makeup know-how with cosmetic plates by chef Miwonderful. In 2015, this event was held in Sapporo, Japan and it was very successful. After that, Miwandaful had moved her base to Tokyo from 2016 and she launched “Make Smile Project” with Chiho Araki, the director of the interactive creative company “Bascule Inc.”. This time the event jointly hosted by this project team and “Disc Garage”, the event planning and running company. She performed 3 times on 22nd and 23rd November that it attracted about 600 audiences.

At the entrance, the giant pink flame, the icon of Miwandaful, greeted audience. There was a menu of the day on the table ― two cosmetic plates, and many cosmetic items were set on the table as if they are in high-class restaurant. Audiences cannot stop shouting “Kawaii!” and taking photos before the event started. 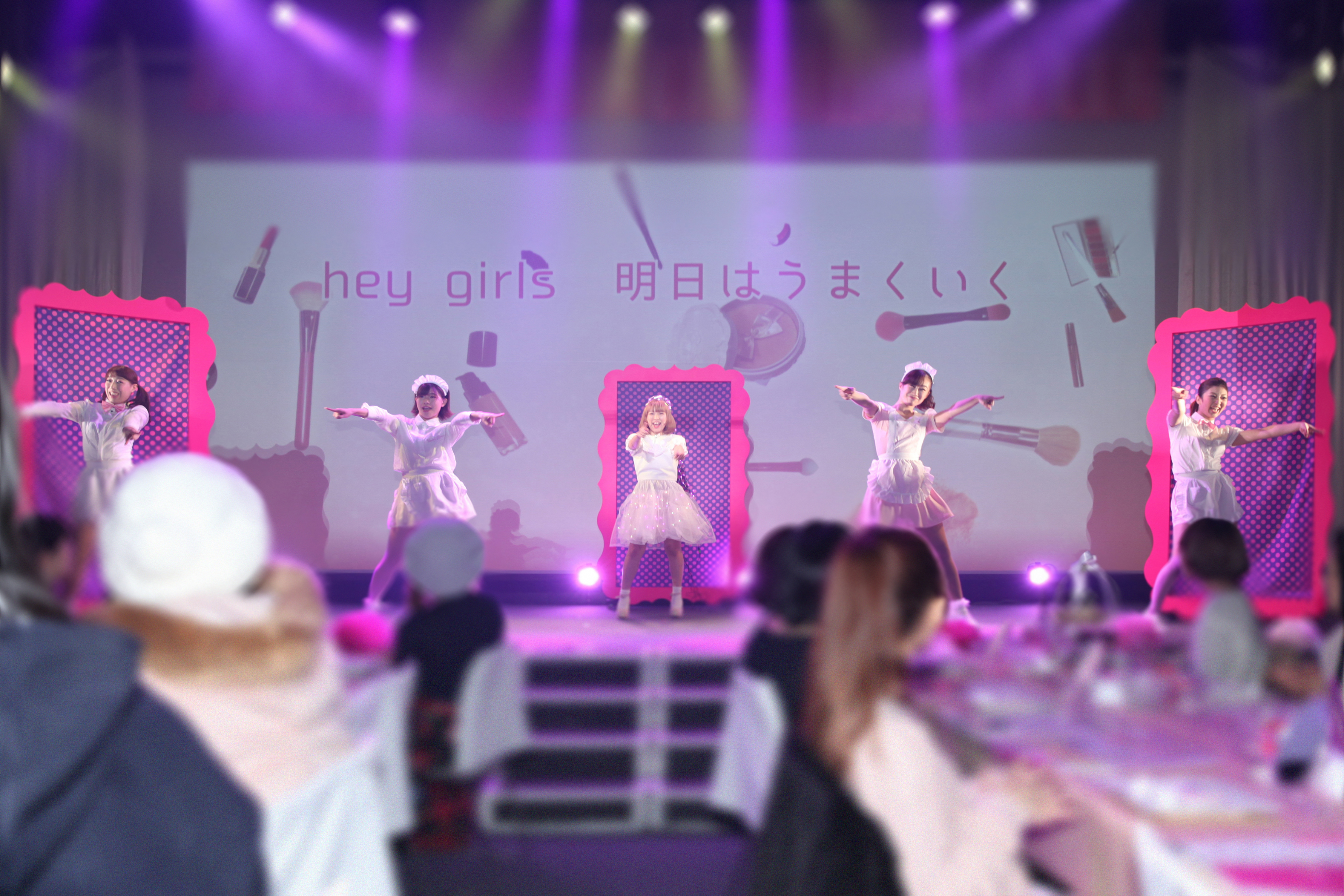 The venue was packed with a number of women, range from 10 to over 50 years of age. Most of them were worried about how to do makeup. Slightly past 7 pm, the introduction movie of Miwandaful was projected on the screen and finally she showed up from the stage edge. She sang her original song “MAKE IT TOMORROW” at the beginning for opening performance. The crowds broke into loud cheers. Finally the “Makeup Restaurant” launched. 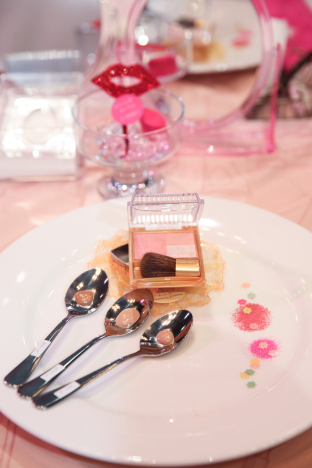 A menu of this day started with cleansing, followed by foundation, blush, eyes makeup and lipsticks. In an hour and a half, the audiences learned the know-how of full makeup through the full courses. 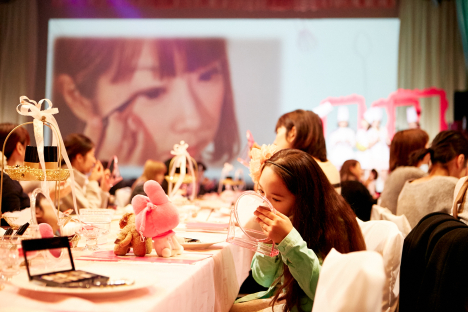 Miwonderful designed this event based on her own experience and ideas. The audiences were able to learn the know-how from the movies and performance. They had chances not only to try all makeup techniques on the spot but also get answered from Miwonderful herself. She tried to answer any audiences’ questions by putting makeup on the questioners directly. The audiences could watch how Miwonderful put makeup on the questioners through the screen, and acquire new skills.