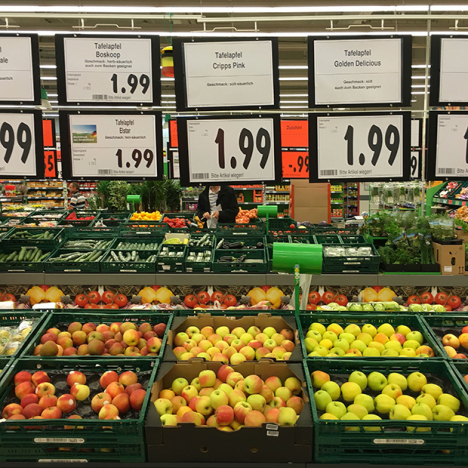 Han Seok Hyun is taking part of the artist-in-residence program at Künstlerhaus Betanien in Berlin since this March. According to Seok Hyun, before he came to Berlin, he started to wonder and raise questions towards agricultural manufacturing ; why agricultural produces at modern supermarkets should always look beautiful. When he was a child in Korea, vegetables and fruits were in general sold and exchanged in “ugly” forms. 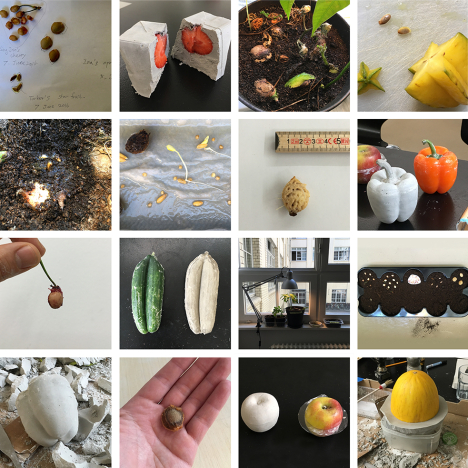 Nowadays, most major industrial companies have succeeded in dominating and controlling agricultural produce at supermarkets and even the seeds for the purpose of “improvement”. The artist aims at making people recognise the contradiction in our daily-life by questioning the meaning of “Origins” itself in his Berlin exhibition. 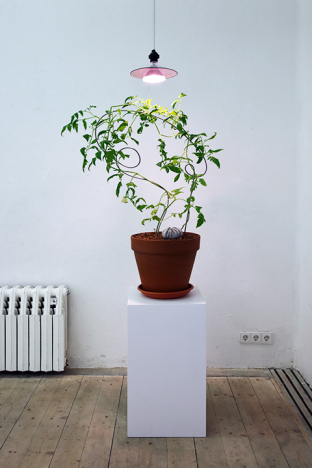 His current exhibition “Origins” at NON Berlin consists of two parts. One is the cement castings of the mother fruit: the vegetables and fruits which the artist purchased in supermarkets. The other part is the self-grown plants from the so-called mother fruit seeds. Seok Hyun grew these “second generation plants” at his studio in an old-fashioned way for the past 6 months. He said this work is still in a process; because in the future, the “second generation plants” will or might, according to his hypothesis, bear “ugly” or “natural” looking fruits unlike their technologically advanced mothers. 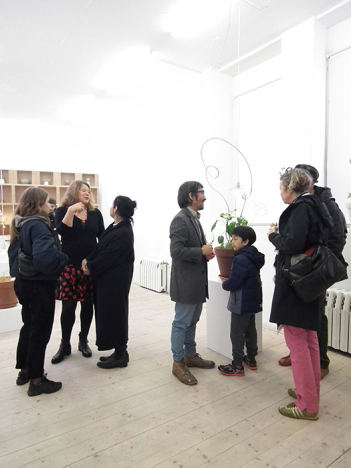 The artist said that he had made many mistakes throughout the working process for the exhibition “Origins.” And apparently, his experiment with tons of trials and errors has not finished yet, because “Origins” is in progress as written above. However, undoubtedly “Origins” has succeeded to make visitors grasp something to think about what we need to and should consider in the modern society.