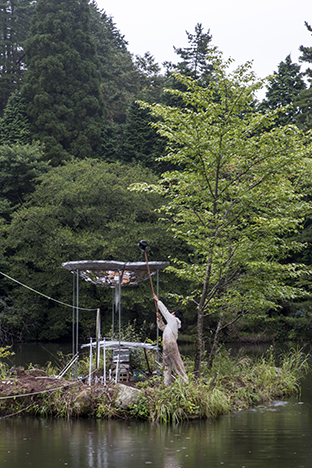 “explosion” by Takahisa Furuya is an interesting project, which uses the pond beside the Rokko International Music Box Museum as the setting. This pond used to be a popular natural ice rink before it was abandoned due to overgrown trees. In the middle of the pond there is an island. Furuya regards this island as himself and the pond as a small universe. The artist lets viewers communicate with the island by writing messages on a card and attaching them a rope. 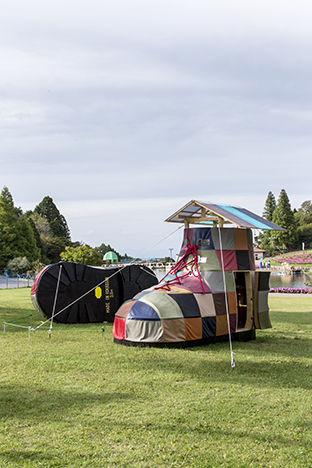 At Mount Rokko Country House you can see “Shoe Lodge” by Kutsurodo-honten. This stands out immediately due to its size, which is made up of two huge shoes, which you are able to go inside, as well as many smaller pairs of shoes hanging between two trees. 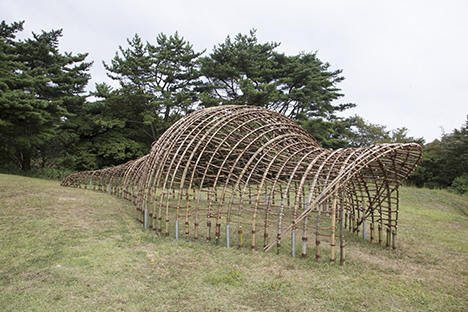 “Armadillo in Rokko” by K-5 is a large sculpture in the shape of an armadillo. The artwork was created using Rokko’s natural surrounding including fallen leaves and branches, showing the relationship between people and nature.

“Donkey” by Shintaro Miyake is a large sculpture of a donkey. Miyake has created several versions, this current version shows it hold be carry many bags on its back. In Japan, donkeys are not popular animals for farms due to their size. Despite their size donkeys they have a strong and sharp memory.