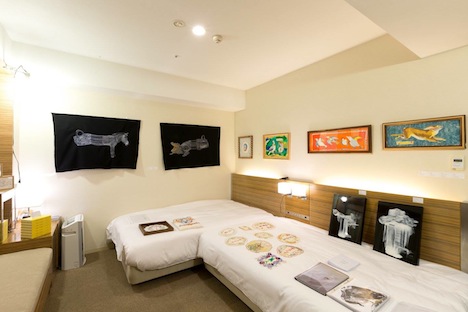 Along with the three galleries mentioned earlier, four popular galleries from Tokyo were also present. Every year at Art Fair Sapporo, hpgrp Gallery Tokyo/New York introduces new artists who create their own worlds with a variety of expressions. “Warp A – Wanibag” by Sayaka Miyata is an embroidery artwork created with the use of a sewing machine. She purposely inputted an error into the sewing machine’s computer system to create a unique texture in her work. Meanwhile, a kind of bitter impression and unique embroidery art work was displayed on the bed. Ruri Clarkson is an artist who creates work by hand and expresses social positions that are unique to current society by the use of words within the art work, such as “part” and “head of household”. Other than embroidery works, the room was well-coordinated with more art using other creation methods. It made an impression that this was a group exhibit, which was appropriate for the fair with the purpose of making sales. 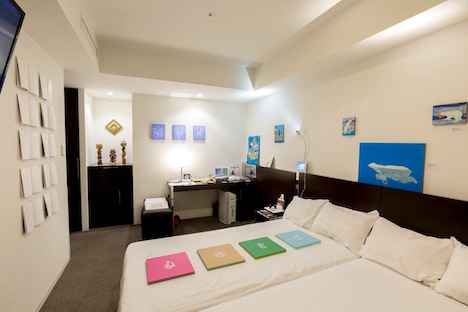 One of the appealing parts of an Art Fair is to be able to enjoy new and popular works by artists who belong to commercial galleries, and this is the thing that many visitors look forward to. Makii Masaru Fine Arts from Tokyo brought popular artwork from the previous year which used special paint and a Japanese folk painting style called “climate change”, a painting of a zoo and a polar bear, by Kosuke Yoneyama. Also, an art series by a Hokkaido born artist, Toshiya Kobayashi called “To Regain the Irreparable.” decorated the room quite nicely. Compared to the black background from his previous solo exhibit on the second floor last year, a bright coloured background with flower forms added the image of four seasons to the room. 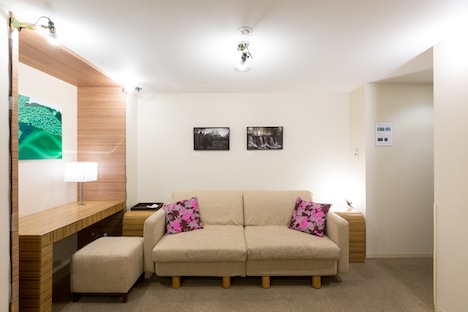 Ai Kowada Gallery owns a space in both Tokyo and Shanghai, and actively participates in international and domestic art fairs. They displayed a painting which looks like the surface of water by artist Seia Suzuki, who was also having a solo exhibit at Tokyo Opera City Art Gallery until December 23rd 2015, and monochrome photos by Hiroshige Fukuhara were placed on the wall. While this exhibit is very minimal, the combination of the green of the painting and the black of the photos created a great harmony in the natural colour of the room interior. This created a space where visitors could imagine their quality of life with art at home and take time to enjoy the art one by one. 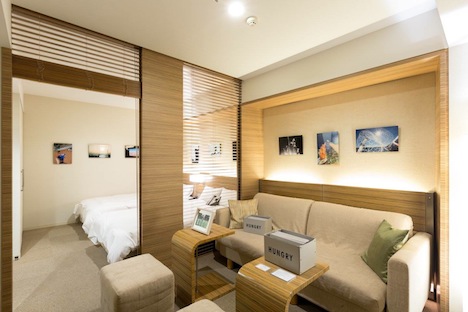 Einstein Studio from Tokyo is an organization that holds photo exhibitions, online sales and competitions such as “Japan Photo Award” with the theme “to send Japanese young photographers to the world”. This year, they brought a large amount of work by new photographers, such as “object” by Kazuya Otsuka, which was also included in the art book “Hungry Issue.5”, and “Shrine” by Kenta Nakamura. Also, they created a box in which visitors could browse through many photos and purchase them if they wanted to.