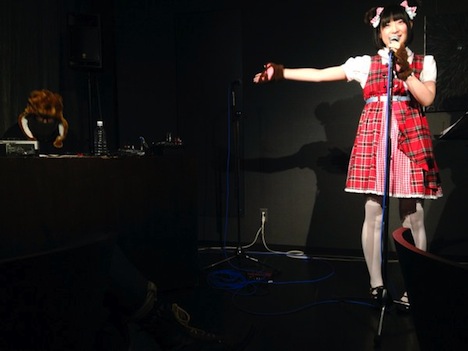 On the 23rd, following the event last year of “Poemcore Idol owtn. Live” was held again at the meet lounge. Owtn. is an artist who does poetry reading over chip tune music. She made her nationwide debut in 2015, and held her solo exhibit “owt(e)n.” at Clark Gallery+SHIFT in April. At the show, she mainly performed from her latest EP, released on December 5th, “Shangri-la” with her producer, Slate. He is also a track maker based in Sapporo. The opening act was a poet, Mizuki Misumi, who also did a poetry reading. She was also one of the vendors, Makii Masaru Fine Arts, from Tokyo. 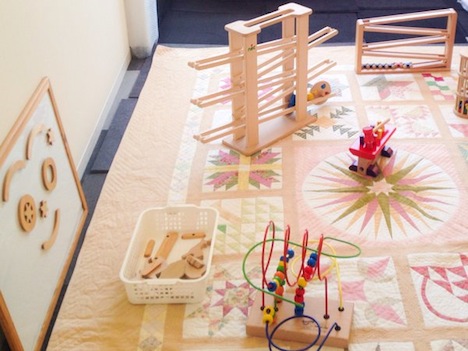 Last year, visitors with little kids had a problem with not being able to enjoy art at their own pace. To solve this problem, Specified Nonprofit Corporation Childcare support “Kazaguruma” provided a babysitting service using one of the guest rooms. The program was named as “Kids Art” in collaboration with Tanno Seisakujo’s “tek” based in Asahikawa-shi, Hokkaido. They provided toys like building blocks made in Hokkaido with no chemical paint. 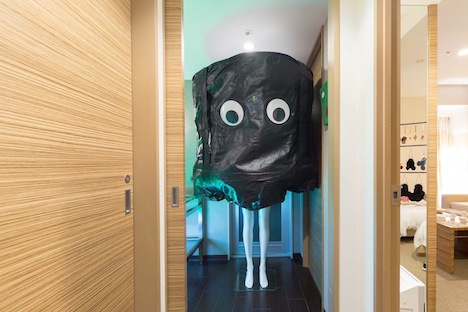 Out of the 20 galleries who participated, there were five galleries who were exhibiting for the first time. eitoeiko is a commercial gallery that helps artists to expand the stage of their activities and shows art internationally and domestically. At the entrance, a hero yuru-chara “Morechand” welcomed visitors. An artist, OKAMOTO MITSUHIRO, who was mentioned at the beginning of this article created “Morechand” with black flexible container bags that are used to store radioactive waste. Another artist, Ryota Shimamoto, was present at the back of the guest room in order to talk about his unique artworks “Zukan Poster (head illustrated book)” and “Magnetic Cup Noodle.” 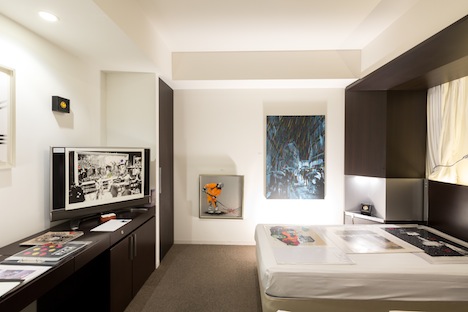 Gallery Kawamatsu from Tokyo is a gallery that showcases domestic and international street art made with spray paint. The well-known Banksy is one of their artists. They normally have art work which communicates strong messages. They displayed the following pieces of art: Roam Couch‘s painting titled “Emotional Rain” showing a girl standing alone in colourful rain in a busy city at night, Aito Kitazaki’s “This is regret” with prisoners trying to put a clock’s arm back to where it was, and Ryan Callanan‘s semi-3D glass work called “Classic Smileys & Hears”.