The 19th Japan Media Arts Festival was a competition that allowed people a chance to discover the latest art by various creators and artists all over the world. It was held from February 3rd to 14th, 2016. Based on the National Art Center, Tokyo, introducing award-winning works, TOHO Cinemas, Super Deluxe, and Instituto Cervantes hold animation screening and performance events. On a live streaming channel, “DOMMUNE” broadcasted a special program for that.

This year, it had 4,417 entries from 87 countries and regions and especially for animation and manga departments, recorded the highest entries in number. On this article, I would like to introduce prize pieces of Art, Entertainment, Animation, and Manga departments exhibited at the National Art Centre in Tokyo.

As a whole, each department seemed to reconsider “what is Art, what is Entertainment, what is Animation, and what is Manga?” to select the works for prizes. Even though that might contradict “the latest art by various creators and artists all over the world” as mentioned before, prize works of this year seem to digest the latest technique, re-grasp the thing from various angles, and extract something bright. 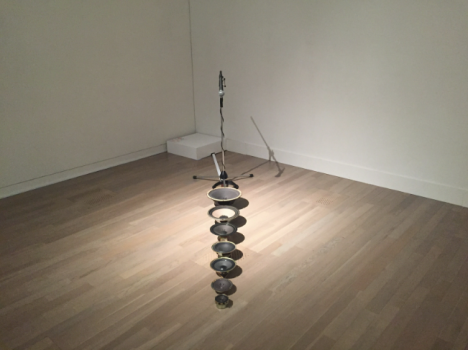 An awarded piece of the Art department “The Sound of Empty Space” by Adam Basanta created shaky beautiful sounds through microphones and loudspeakers standing in a queue. The sound was an audio feedback produced by a distance between those audio instruments. Because there were no people and music instruments by the side of microphones, viewers could catch the empty space as a substantial object.

Today, cameras can automatically adjust the focus of a lens and vehicles can reach the destination faster than before. Although the development of technology advances to make everything convenient, it’s possible to lose a beautiful moment created by a coincidence and failure. This piece adjusted and changed the phenomena caused by the audio instruments into the beautiful sound. By understanding the invisible wavelength from them, it seemed to ask viewers “what the sound is” and “what we lose due to the development of technology. 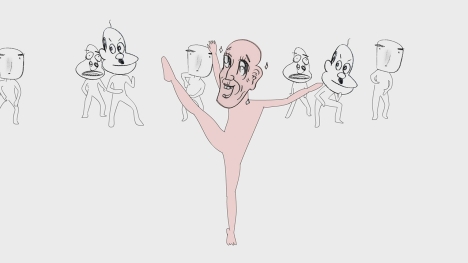 “Voyage de Hokusai” nominated by a judging committee of the Art department was an animation piece by a manga artist, Shiriagari Kotobuki. It was created for Hokusai Katsushika exhibition “Hokusai” in Paris, 2014, and commonly called “Yurumation.” On the background of Ukiyoe by Katsushika, a character of “Hokusai” designed by Shiriagari-Kotobuki sings, dances, and talks to you in French. It is a lovely piece which makes you break into a smile.