Till October 30th, a fashion designer ayumi mitsukane‘s first solo exhibition “BOUSHI” (hat) is holding at Clark Gallery+SHIFT in Sapporo. As wearing those hats exhibited, it’s possible to understand exactly the reason why the exhibition title is “BOUSHI,” but not “HAT.” 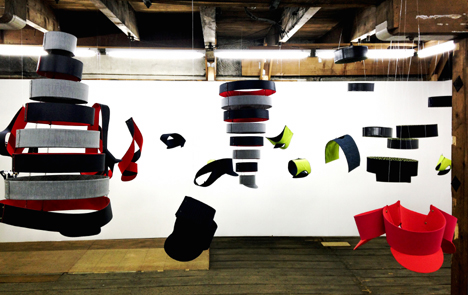 When you go up the stairs, you might wonder “where the hats are” first. Indeed, it’s quite different from the concept that we have been imagined as “hat is a kind of wear for head.” In Japanese, people say “put a hat,” but in English “wear a hat” as you know. She wanted to express the nuance of Japanese hats: BOUSHI within the English context. Her colorful BOUSHI which just close to the sense in English are expanding and covering to erode the other parts of our body including its head, and are full of dynamism. 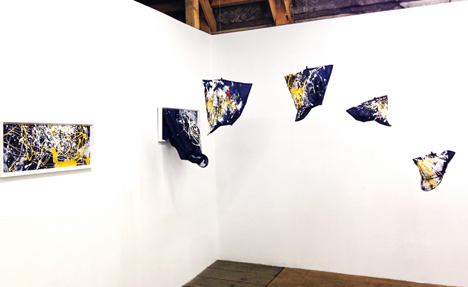 She holds up her brand concept as “throwing oneself into contemporary art.” Those very challenging and provocative “BOUSHI” actually expresses the note, unique to her. 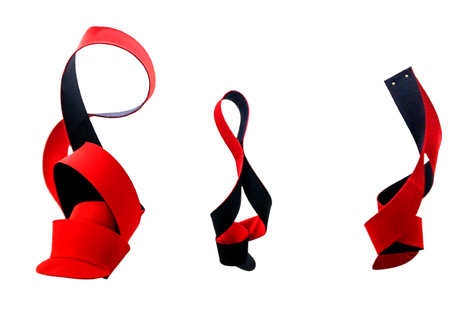 About the concept of this exhibition, she mentioned “we are surrounded by various rhythm such as life-cycle, words, space, vision and more, not only music. According to the people wearing, the rhythm of clothes which vibrates without endlessly. The rhythm of BOUSHI and space which expresses note.” Receiving the message, visitors will not resist the impulse to eager “to wear BOUSHI all soon,” and want to play to dance with them. 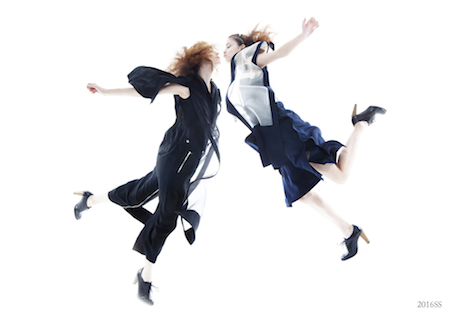 Then, surely it’s necessary to check out the ingenious fashion photos of ayumi.mitsukane on the wall. She, last November, has been come out overseas at “Creative Hokkaido meets Taipei 2014” as one of up-and-coming brands and held its exhibition and fashion show. We cannot help sending our applause to the experimental exhibition with filled to feelings for sincere manufacturing by her, whom thinks it’s her mission to present many astonishments, emotions and inspirations.