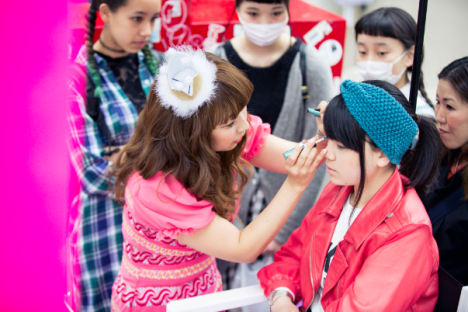 You show makeup which are popular among Japanese girls and Japanese women on the stage in Asian countries. Why do you make this kind of presentation; Not only makeup for each own person but Japanese style makeup? How’s people’s response for it?

I am “The Japanese” in terms of my height and face. People can recognize me as Japanese on the street and café in foreign countries. My fashion, hairstyle, and makeup which are for a small girl, not for models make the atmosphere of Japanese, I guess. The sense of invention, especially in the fashion and makeup, and Japanese curiosity and sensitivity must be the essence of popularity among foreign countries. 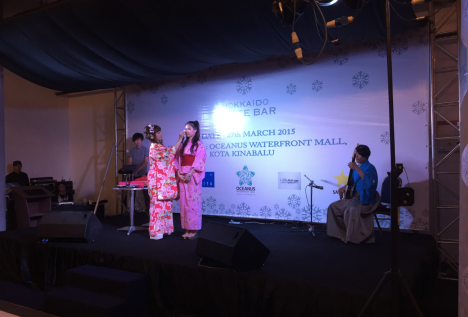 I wanted to tell these attractive essences to people by original way. I sometimes performed with Tsugaru-Jamisen musician and NINYA to make Japanese style stages. I’ve been collaborating with many kinds of artists to show that I’m from Japan! I feel Japanese culture is loved by worlds every time. 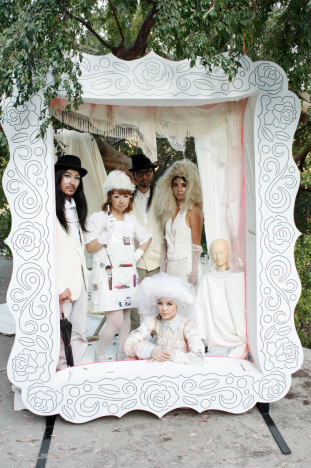 Your “Pink Flame” has strong impact and it’s very charming. Please tell us more about the “Makeup Tour” in which you use this flame in and outside of Japan.

I want to make the appearance I do makeup photogenic and make varied locations become the world of Miwonderful. I bring the pink flame everywhere from these thoughts. It’s like my partner. The first foreign country I experience was Shanghai. From there I traveled to Los Angels, New York, Hawaii, Bngkok, Myanmar, etc… I assembled the pink flame in front of various select shops and performed makeup in Los Angels. The one at the Royal Tea which is a place of mixture of contemporary art and maid-café was so popular that many people took photos. 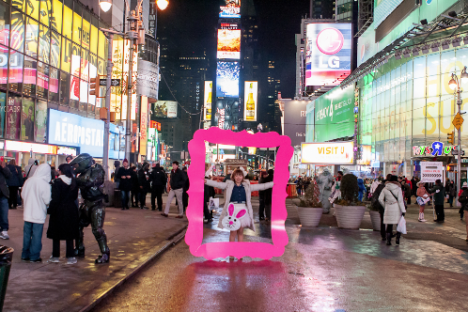 We held the event at the Times Square in New York. NYPD stopped me first time, but they finally helped me after I explained that this was an art project! Under the Eifel Tower in Paris, at the lobby of famous hotel in Hawaii, and on the streets of Harajuku… I appeared many places and created sensation. Those were all fun and became good memories.