Clark Gallery + SHIFT moved and opened on June 6th at 2F of the creative complex “MUSEUM” which has opened in Sapporo. To celebrate its opening, the first exhibition “Dorone,” focus on WABISABI’s latest artworks, started.

WABISABI is a design unit established by Ryohey “WABI” Kudow and Kazushi “SABI” Nakanishi in 1999. Their product ranges from advertising, graphic design, object, films, interior and many kinds of works. This time, all artworks are created by SABI and the creative direction was by WABI. 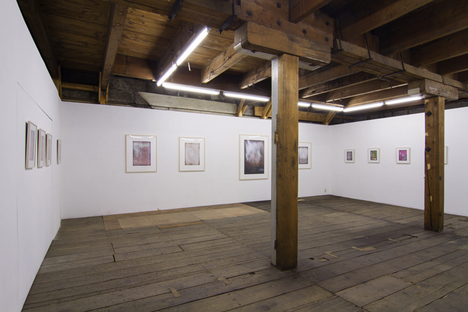 Speaking of WABISABI artwork, the impression of calligraphy and original typography is strong. But this time, motif does not exist at all such as modeling or character specific. It might be present, but I cannot see any figures even if no matter how I stare and try to watch with bird’s-eyes. The 22 new works are nothing but a “DORONE,” as its name. Incidentally “dorone” means a kind of mushy in Japanese.

While Being shocked the exhibition that is different from graphic works ever before, I question myself “are they hazy feeling?” and “ghost or something I know?” Then, mysterious “dorone” in the works is smiling in this place, it seems to come talk to me, “I am not a such thing you think.” I playe right into WABISABI hands! 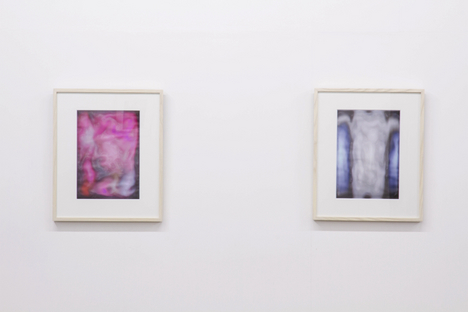 WABI says “The so-called Abstract paintings displayed the thoughts and feelings of the author on them often. But WABI’s paintings are not the case at all, indeed there is no WABI’s “dorone” feelings in. If so, I want to eliminate the WABISABI combination immediately. I as a partner think he does work “dorone dorone” with humming and pepper.” Ummm, despite the plague of me, they might be a work light Possibly. 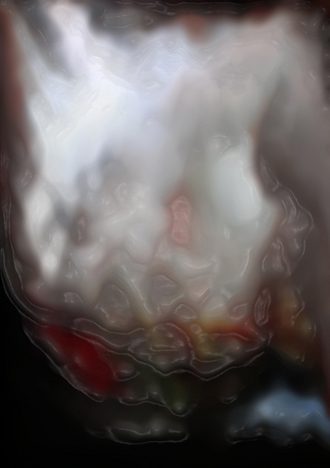 For example, some looks like a face of the portrait in the white smoke, some are felt as a woman kissing, some shimmers and the other looks like bloody sputum. Coloration is different, they each have same mysterious and strange texture, like a combination of the oil paintings and three-dimensional due to opaque jelly-like material. Anyway, it is also likely to grow steadily that “dorone” such as water-soluble glue for woodwork. But absolutely, those are photographic works which shows digital works of unidentified motifs drawn on a computer. 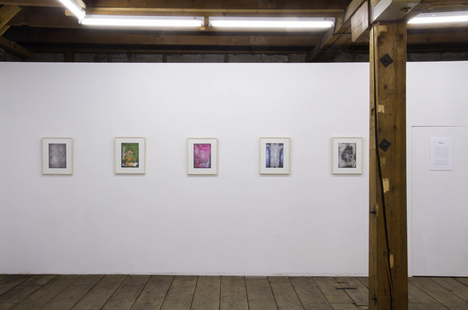 And WABI also gave voice for the direction of this time, “it was not easy to pick out the 22 works to exhibit, facing huge number of ‘dorone.’ But I think we completed in one theme.”
Well, will you, who surrounded by their “dorone,” be able to figure out the theme?