EA is duo Maika Leboutet and Shinya Saito. The two artists seem to capture sounds from every possible place and time, as if they were in an experimental laboratory. By combining these sounds, blending together internal noise, lyrics and voices—as if creating a single story by stitching together photos taken randomly—EA’s music is created. Maika Leboutet’s solo career has prompted Maika to pass on the role of sound producer to Shinya, leading to great changes within EA.
The significance of pop music seems to be in danger in today’s Japanese society. The legends of Japanese music—who aspired to be like the European and American greats, and whom we adored—carried a strong common sense that pop music originally held, and exerted an experimental, alternative rock feel like today’s Brooklyn music scene. Just as those legendary musicians did, EA absorbs cultural elements from within and beyond Japan, and creates EA’s original music. I had the opportunity to interview them about their daily lives and about their music. 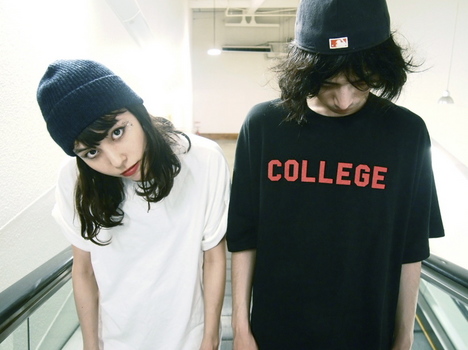 Shinya: If you divide 24 hours by three (morning, day, and night), you get 8 hours. I get up at 8 in the morning and clean my room. I have three dusters: one for cleaning music equipment that gets dirty because it gets stepped on, one for cleaning places that collect a lot of dust like underneath dresser drawers and little corner niches, and one for regular dusting. I run the washing machine while I’m cleaning. When doing laundry, I separate my whites and my darks; I’m a pretty clean person. Even when I’m making music, I like to organize my data neatly. I start making songs at around noon, and work till I get tired. When I get hungry, I eat lunch—free of additives—and then I go to thrift stores to check out sweatshirts from the 80s. Once in a while, I come across a good sweatshirt design. This is my daily routine. I then return to work, and continue until I get hungry again. I have dinner, a meal based on a bowl of white rice. Then I return to work until I feel like taking a bath, and I go to bed when my eyes have reached their limit. 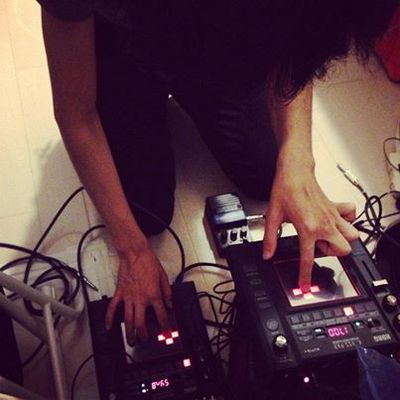 How do you create your music?

Shinya: I start by creating a strange sound on the computer that can be used as a hook. Then that sound gets padded, and parts are added. This process is similar to playing with Legos or plastic models as a kid. Now, with computers, it’s become really easy to connect pieces quickly (before he made songs on his guitar). Sampling sounds like animal cries, I improvise and create songs instinctively. 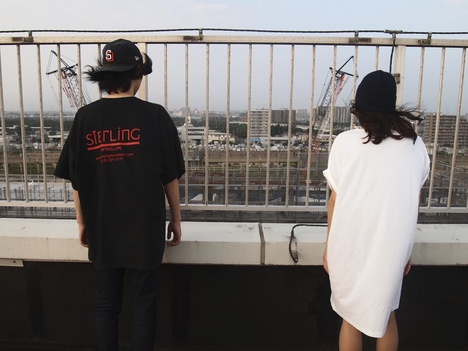 Is it a collaboration?

Shinya: There’s a division of labor. Maika works off of my samples.

Maika: What Shinya makes a mess of (like sampling), is a sound that cannot be messed up in my mind. A lyrical world exists in his sound, so I’m left free to be imaginative. I’m inspired by his sound, and I start to find the right direction as I write lyrics, and sometimes they appear simultaneously with the lyrics.

Do you always view things from an artist’s perspective?

Shinya: I’m always looking for sounds, and I turn ordinary noise like that at a festival or a baseball game into unordinary sounds. I find Japanese beauty especially refreshing, and value that feeling, which is why I composed the song AKITA. As far back as I can remember, music based on western themes has been ordinary, and Japanese music has felt unordinary. In Japan, there’s music playing wherever you go, but when I went to New York, I was surprised to find that there was no background music playing in stores. I think music, originally, was used to stage the unordinary, but since it is omnipresent in Japan, life in Japan always feels unordinary. Silence does not exist.

Maika: I’m half Japanese and half French, but I truly love Japanese culture and nature. When I write lyrics, I take care not to destroy Shinya’s sensibility, but still use my own words. 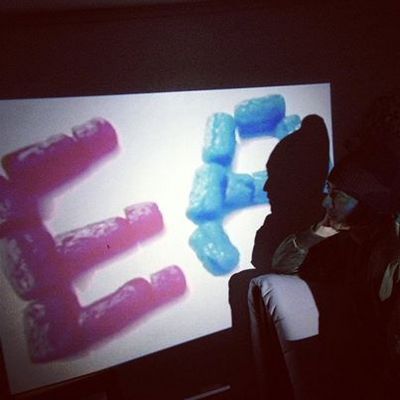 Shinya: I want to make a more experimental album, perform a lot of shows in Japan and abroad, and collaborate with different artists. 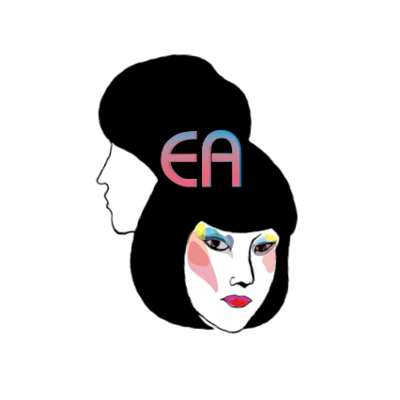 What kind of gigs do you want to perform?

Shinya: I want people to enjoy our performances as if they’re watching movies. I’m not interested in becoming one with the audience. I’m not aiming to create music that will be loved by all; I want each person to have his or her own emotions, and interpret our music freely. There may be people who are not feeling so great during our performance, so it’s not easy to excite everyone. I think it’s okay to smirk at some performances. I don’t want audiences to lose themselves; I want them to be themselves. I also want to do shows with performances that transcend the framework of music. Lately, I’ve become interested in fashion shows, and think it would be fun to perform live at such shows. 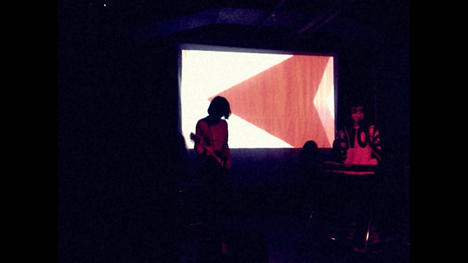 What are your future plans?

Maika: In the spring of 2014, the e-book for which EA provided music and narration, the post-Fukushima picture book project Hikari no ryu to boku no kuni (The Illuminated Dragon and My Country) will be released. Volunteers from different creative areas came together, sharing ideas for this project. The purpose of this picture book is to explain to children what occurred in this country. I really hope that both adults and children will download this book and read it. Sales from this book will be donated to a Great East Japan Earthquake charity. Please check our website for details on its release date.

Shinya: EA is also always looking for unique individuals like dancers, performers, VJs, and illustrators in various fields. If you find our work interesting, please feel free to contact us at info@eaeaea.net.