Yukichi Watabe is a Japanese photographer. After experiencing being the assistant for Shigeru Tamura, he stood on his own feet in 1950. Since then, he has introduced his work in magazines like Bungeishunju”, and “Chuokoron”. Starting with the grand prize of the Vienna Peace Photo Award, he won numerous awards both inside and outside of Japan, and he became the spirited creator that we all know. He had many interviews from abroad in later life and he left examples of his work all over the world. He died in 1993 at the age of 69. 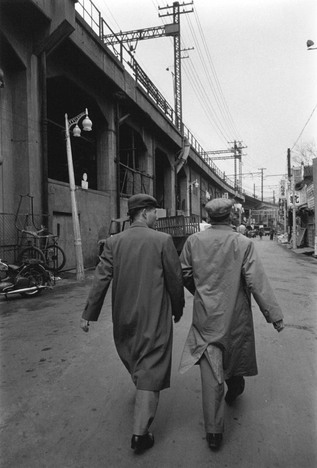 He caught public attention again in the book “Criminal Investigation” which was published by French company Editions Xavier Barral, in 2011. This was a documentary of an actual investigation of a mutilation murder case which happened in 1958. He was with two detectives for 20 days and took their photos. Some of the photos from “Stakeout Diary” were published in the magazine “Nihon” in 1958 in Japan. However, almost all of the remainder of his work was not shown to the public. In 2006, a buyer of second hand books in England found 120 prints of this series at Jimbocho, Japan and took then back to his country. Those prints were finally published as a photograph collection in France. Staged in a street which had a strong World War Two atmosphere, the Showa era, this collection was real Japanese film noire and the whole world praised it. It was the bestselling book of the year. 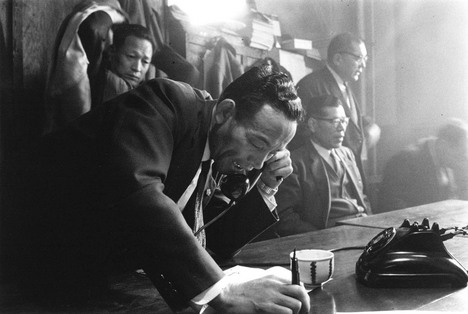 These series of documentary photos have a flavor of humanity which you can’t see in general works. The subjects’ expressions have been caught by the photographer in the tense air of investigation and sometimes they don’t appear to have any hard feelings. This exquisite balance between the tense and relaxed tones presents a precise technique. Taken with two detectives’ seriousness, he cut off a moment of their looseness – it may be called warmness. It would be exactly called dandyism. The heat created from the strong calmness gives us a dramatic elevation. 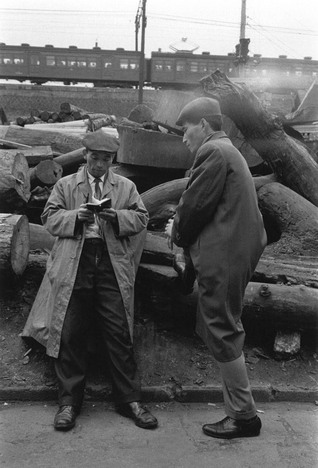 Thus in September 2013, new photo collection of a Japanese version of “Stakeout Diary” has been completed. This first publication by the collection label roshin books was reselected and composed from the original negative prints which were preserved by Watabe’s family. Including photos which the French version stated above does not have, whether people are seeing these for the first time or not, they will be able to enjoy the contents. 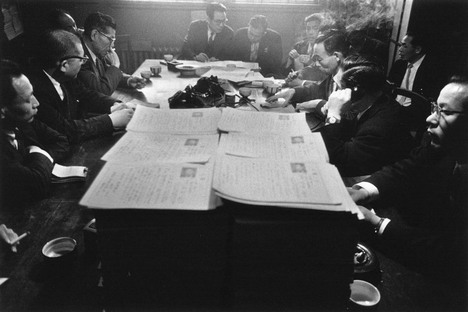 If you want to buy this new book from Japan, get in touch with roshin books. They will continue to publish some interesting photo-books.