The commitment to film as an art form.

We were lucky enough catching up with the marvelous Stanley Kubrick’s interdisciplinary exhibition at Los Angeles County Museum of Art (LACMA) in its very last week. The exhibition was on view from last November until June 30, 2013. So you won’t be able to pass by at this stage. Nevertheless, for those who love Kubrick’s work and for one reason or another couldn’t make it there here is a bite of what we experienced. This was in fact, first Stanley Kubrick retrospective in the United States. An exhibition co-presented by The Academy of Motion Pictures arts and Sciences (The Academy) in collaboration with Kubrick State and the Deutsches Filmmuseum in Frankfurt. The exhibition gave access to anything from props, costumes, movie posters, original promo material, set models, production photography, lenses and cameras used throughout his career, unfinished work, scripts, notebooks, but also his early photography work from the 40’s before his rise to prominence. A 13,000-square-foot stroll that revealed each movie from its psychological point of view. 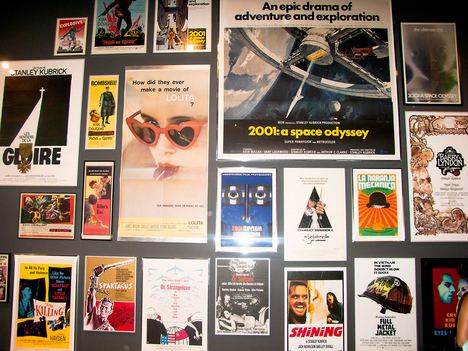 According to LACMA, the exhibit attracted 243,792 visitors during its eight-month stay, carrying on with the idea of adding cinema to its broad curatorial mission. The exhibition provided access to the director’s extraordinary vision and working methods while illuminating the network of influences and conditions that came together to make his films universally regarded as modern masterpieces. Also there was room for “The Aryan Papers”, a project that Kubrick never completed, and the never-made “Napoleon”, which he had to abandon in 1969 due to budget and production problems. Some other technical aspects, like for instance between experts there were a great buzz about the ƒ/0.7 and ƒ/0.5 Carl Zeiss lenses (used in the famous candlelight scene in Barry Lyndon). Another noteworthy mentions are the typewritten letters Kubrick received from various religious institutions condemning Lolita or scattered newspaper clippings about Clockwork murderers, the astonishing cases of youth who became fascinated by the film becoming a murder, clockwork orange gang attacks and the social rejection and warns of “danger movies.” 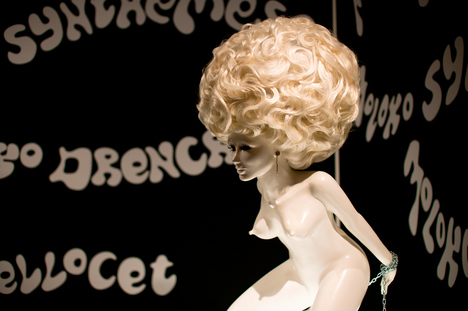 “By featuring this legendary filmmaker and his oeuvre in his first retrospective within the context of and art museum, Stanley Kubrick will reevaluate how we define the artist in the twenty-first century, and simultaneously expand upon LACMA’s commitment to exploring the intersection of art and film,” said Michael Govan, CEO and Wallis Annenberg Director of LACMA. 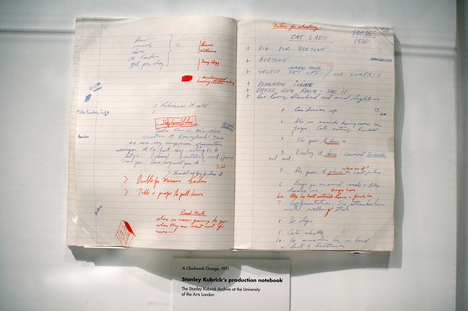 Kubrick’s acclaimed repertoire of films, including Paths of Glory, Lolita, Dr. Strangelove, 2001: A Space Odyssey, A Clockwork Orange, The Shining, Full Metal Jacket, and Eyes Wide Shut, among others, highlight not only his signature directional tenacity but also major technological innovations of the time, such as previous mentioned filming by candlelight in Barry Lyndon and utilizing the front projection effect in 2001. Indeed, Kubrick was a pioneer in special effects and technological advances. Curiously, though he received thirteen Academy Award nominations, he won the Oscar in one occasion for Best Effects for 2001, in 1969. 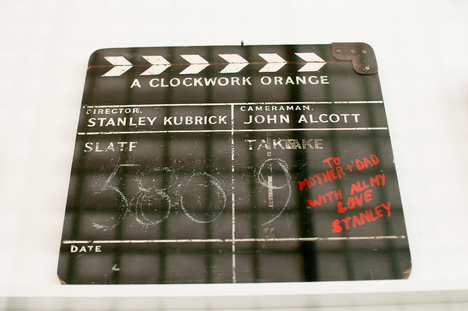 The exhibition points out Kubrick’s fixation with historical research and his visionary adaptations of influences from the fine arts, design and architecture.
Hawk Koch, Academy president, said “This is a major step in the Academy’s plan to create a premiere movie museum in Los Angeles. We are pleased to co-present this retrospective with LACMA.” 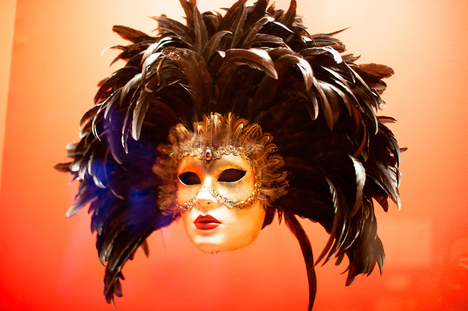 Red is a very emotional color, it is intense, it means warning, it is the color of fire and blood associated to energy, war… the use of color red in Kubrick’s movies, his repeated and extensive use of the color red is worth a moment of reflection: he developed a constellation of meanings and sensations surrounding the color over the course of his films. The hue may vary from orange to red to oxblood but the vibration is always striking: Technicolor sunsets in Spartacus, the red uniforms of the English military in Barry Lyndon winding like an artery through the landscape, spaceship interiors in 2001, the color red in the restrooms of The Shining hotel, as the blood used as the spattered of red in the wall which ends the madness of Sargent Pyle in Full Metal Jacket. A Clock Work Orange opens with intense music and a glowing frame of red as if to say, “Beware of what is to follow!” And red is the emblem of erotism in Eyes Wide Shut. 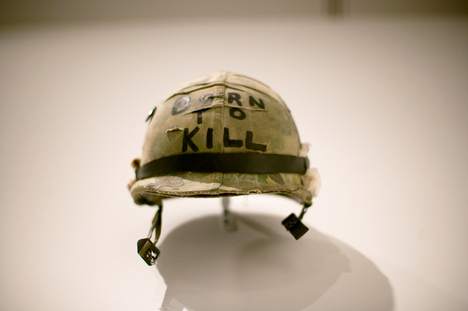 The entire exhibition was being drenched in Kubrick’s universe to do understand a bit more where he found his inspiration, his method and also the outcome of his work; a psychological approach to each film, from the limits of reason to the psyche of war and the deal with the human vanity.