Art can convey the character and temperament of the country where an artist is born and raised. Such national characteristics can be found in the area’s art scene, specifically in the galleries and museums housing their art. A specific region or city’s character may also be reflected in its art and art scene. Leipzig, Germany is a city that should be acknowledged for its original character. A huge facility called ‘Spinnerei‘ can be found there housing a gathering of galleries and work studios. Leipzig’s character radiates strongly at Spinnerei. 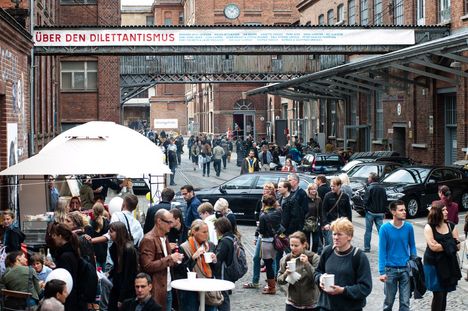 Located in eastern Germany, Leipzig is a city with a population of more than 500,000. The city is about 120 kilometers southwest of the German capital, Berlin, and is one of several big cities within an hour’s reach. It is renowned as a capitol of music thanks to composers such as Johann Sebastian Bach who were once active in the area. As a part of East Germany post-World War II, it is also known for the pro-democracy movement which helped lead to the reunification of Germany. Leipzig has historically and culturally been a very important city, and recently, it started to cement its important position in the art world as well, a rise instigated by the ‘New Leipzig School’ of artists based in the city. Many of the artists exhibit their work at, and work out of studios at ‘Spinnerei.’ 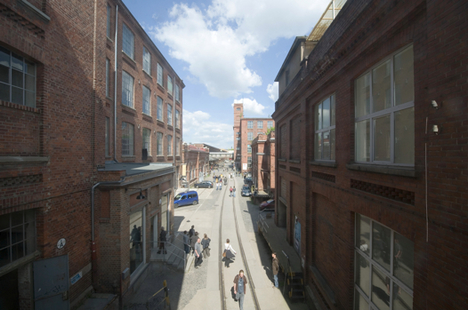 ‘Spinnerei’ is located in a district slightly west of central Leipzig, a suburban industrial area with factories putting their eaves together. ‘Spinnerei’ means ‘spinning mill’ in German, which is exactly what their location used to be. Founded at the end of the nineteenth century, it was called Europe’s greatest spinning mill during the early twentieth century golden age. Between the heavy brick buildings reminiscent of bygone times, there are still the railroad tracks that would have carried the cotton from the mill. However, its glory days long gone, having witnessed many historical events such as two World Wars, the division and eventual reunification of East and West Germany, this mill was retired in 1993. What was left were grounds spanning more than 90,000m2 and an old-fashioned building rich with history. Although the area remained in use industrially afterward, the vast space gradually became a home for cultural activities. Many artists started having their own work studios inside of old factory buildings in the mid-1990s. This was the beginning. 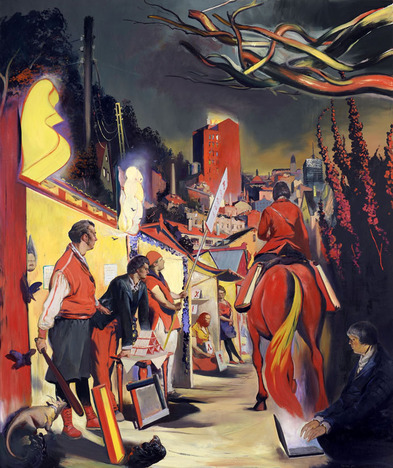 Neo Rauch, an artist representative of the ‘New Leipzig School’ was the first artist with a studio at ‘Spinnerei.’ Alongside other artists from the ‘New Leipzig School,’ he studied at an art academy in Leipzig and draws concrete paintings, with people and scenery. Strange stories reminiscent of history and myth unfold on the huge canvases that make up his work. Quotes from the masters of paintings can also be seen in his work, keeping the traditions of painting alive. A characteristic of the ‘New Leipzig School’ that can often be seen is the inclusion of such traditions, since they have survived the trends and times of isolation behind the Iron Curtain. Although it is a retrospective from the perspective of another country and it may be taken as a special case, it is a reality to those who lived in East Germany. 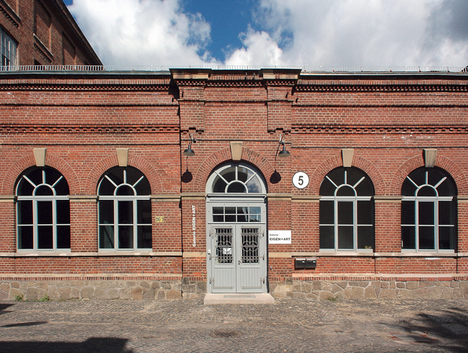 He introduced the ‘New Leipzig School’, including Neo Rauch, to the world and made them famous. Ever since he launched the ‘Eigen+Art‘ gallery in 1983, he has focused on featuring East German artists and succeeded in popularizing the ‘New Leipzig School’ worldwide after reunification. By transferring galleries to the site of the old mill in 2005, ‘Spinnerei’ has become a integral place to showcase work, and haven for artists to produce art. With the worldwide rise of ‘New Leipzig School’ , many new art spaces have continued to open. This made ‘Spinnerei’ a place where art lovers and collectors from all over the world line up to visit. Thus, through art reflecting the reality of Leipzig, ‘Spinnerei’ has managed to change its products from textiles to cultural activists. 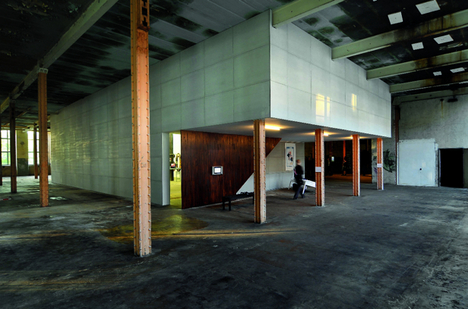 As of 2013, ‘Spinnerei’ has about 10 galleries inside and now comprises other art related facilities, including exhibit space ‘WERKSCHAU’ and ‘HALLE 14’, a non-profit foundation hosting exhibits and events. Art work by the ‘New Leipzig School’ displayed at the gallery is a reminder of Leipzig’s tradition, carrying with it the heavy value of history in the massive building, but that doesn’t mean that the gallery is trapped in the past. Once, ‘Spinnerei’ was considered the base of the ‘New Leipzig School,’ but a new generation of artists have gathered from inside and outside of Leipzig, bringing a new vibe with them. Additionally, ‘HALLE 14’ serves as the origin of exchange by holding exhibits for and introducing foreign artists, as well as regular panel discussion with art experts. Various other fields are also represented, including print studios, art supply stores, dance studios, theaters, restaurants and wine speciality stores, making ‘Spinnerei’ open to many other things aside from strictly art. 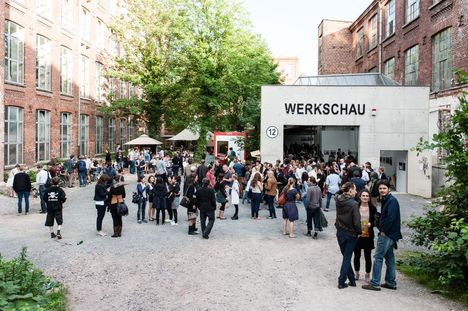 It has been twenty years since the reunification of Germany. Although ‘Spinnerei’ was buried behind the closed walls of East Germany, their specificity attracted many people after their sudden appearance. After finally having decided to open up to the outside and accept various influences, changes are underway and new things are emerging. Of course, this isn’t just about artwork or the art scene. The people who live in this town and their lives are not necessarily stuck in the past, but also trying to accept change and move forward. Needless to say, ‘Spinnerei’ must be the place where history and change are most well reflected.