Calmness like japanese garden has. The Sculptures seem to be waiting to be interpreted.

Away from the bustle of Manhattan in Long Island, Queens, The Noguchi Museum has a slow and relaxed atmosphere that is unique to this place. The local area is very quiet where all of the neighbours are just warehouses, so the sunlight comes through the foliage in the garden and nothing can disturb your time there. The building was renovated from a factory, and now it is more than just a museum, this space itself is a place of relief for everyone. 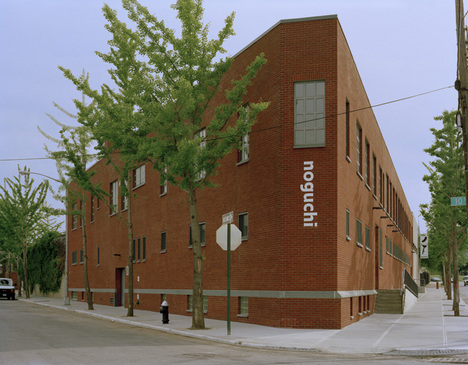 Since The Noguchi Museum opened in 1985, when Isamu Noguchi was still alive, to now the museum has fascinated visitors. This was the first institute that the artist made for himself in the United States, the museum was designed by him too. The museum consists of the part which was a factory before, and the part which Noguchi designed, as well as the sculpture garden. In some parts of the building we can still see the reinforced concrete which was a feature of the factory, but those disparate parts seem to have combined somehow with Noguchi’s art pieces in the museum. 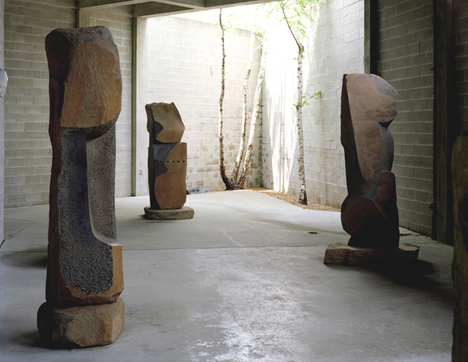 After the entrance, there are sculptures in the bright outside space which welcome visitors, and it is then that you will see the two storey main building which has a 2500 square meter floor. We can see his representative permanent collection on the first floor and there is also a film screening about Noguchi’s life. On the second floor, interior lights which Noguchi called AKARI are displayed. Outside of the building, there is a sculpture garden with a Japanese garden influence and there you can sit on a chair and enjoy the sculptures. The sculptures are made from marble, stone, and iron sand, from which the charm of the materials is fully brought out. There are sculptures such as one which is carved from just one material, another one which is a combination of many parts, and another which makes it impossible to imagine how it was created, each one has its own character and we never get tired of looking at them. 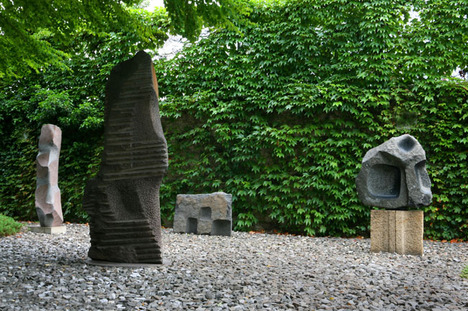 Looking at his personal history, he is a very rare artist inside of whom the west and the east had mixed naturally within him. Born in 1904, in Los Angeles, he came to Japan at the age of 3 and spent his childhood in Japan, but in 1918 he moved back to the United States. He worked mainly in New York but went to Paris to study after getting a scholarship, he often traveled in Europe and Asia too. After World War II, he went back and forth between America and Japan but he always had difficulties – he was American when he was in Japan, but he was Japanese when he was in America. His work seems to have been influenced by his cultural spirit which reflected his background, which wasn’t just a blend of west and east. 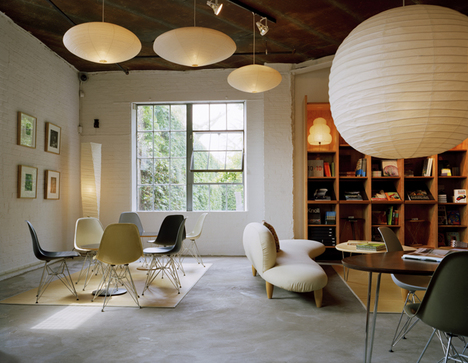 Shop and Cafe, The Noguchi Museum

This museum itself is one of Isamu Noguchi’s biggest art pieces where a building and sculpture garden have been combined very naturally together and here we can appreciate his work with a relaxed mind. He was a sculptor, interior designer, landscape architect, painter, and stage designer. Here we can appreciate his talent which was beyond classification for as long as we want. There is a cafe area in the museum where it is possible to have a graceful time sitting in the chairs by Erms, who was a friend of Noguchi, while being surrounded by AKARI. If you take the time to walk through the museum and immerse yourself in Noguchi’s world, perhaps you will find the essence of Japan that Isamu Noguchi tried to find in his world. I guarantee that if you come to this museum you will have a meaningful and relaxed time.