Where is a hot spot of contemporary art in Berlin? I would answer that it is a neighborhood of Potsdamer street if asked (as of 9/2011). There are several areas composed of many art galleries as same as other big cities. However, there is always only one spot that gives off an energy most powerfully. Just like once it was Mitte district, then moved to its surrounding areas, which changed to back streets of Hamburger Bahnhof (Heide street, Halle am Wasser). The source of heat constantly keeps on moving. And now, quite a bit of energies have reached at Potsdamer street and they are about to envelop it. 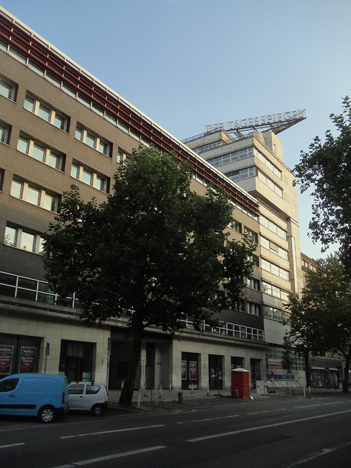 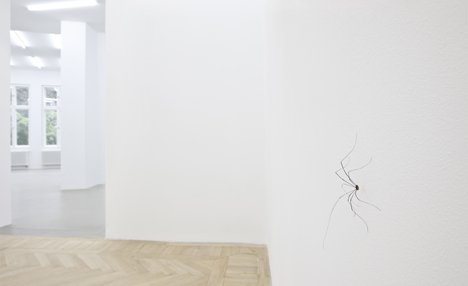 Especially, an emblematic event is a move of major art galleries that carry a lot of international artists such as Arndt from the back side of Hamburger Bahnhof and Esther Schipper form Mitte district. The fact reveals a current art scene transfer vividly. 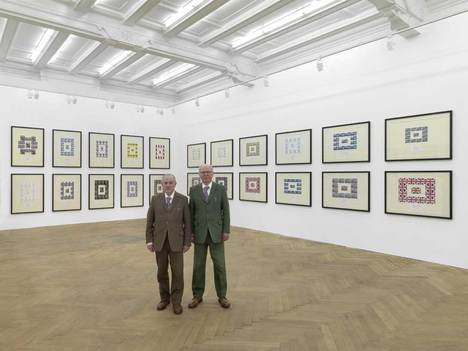 Arndt moved into a building on Potsdamer street in April 2010. They have sent noteworthy exhibitions in rapid succession with distinguished artists and leading figures including Sophie Calle and Gilbert & George as well as Julian Rosenfeld who now shows up anywhere in the world. On the other hand, Esther Schipper, that removed in April 2011, currently exhibits Pierre Huyghe. Their internationally well-known artists like Thomas Demand, Liam Gillick, Dominique Gonzalez-Foerster will be here on show in the future. 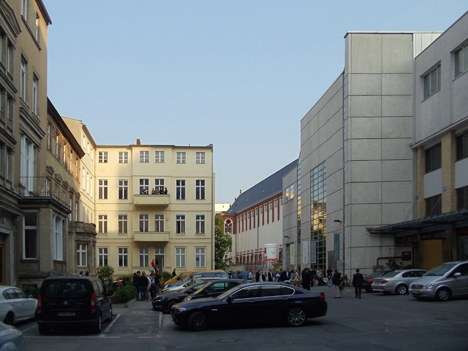 A courtyard of the former site of Der Tagesspiegel and an art gallery complex / Photo: Kiyohide Hayashi

A building used to be owned by the news paper company will be on the view as walking down on Potsdamer street a couple hundred meters south from Neue Galerie. There are about 10 art galleries surrounding an inside garden of the building and some buildings form a commercial complex. “Blain Southern” is the one that leaves an intense impression on visitors among them. 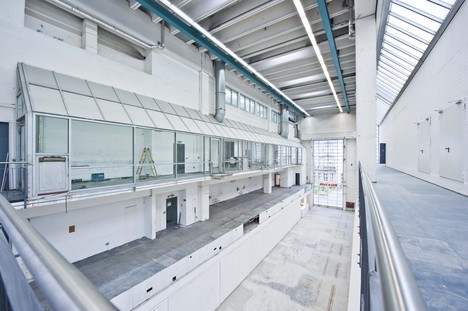 Harry Blain and Graham Southern, who had established “Haunch of Venison”, left a management of the gallery when they closed a location in Berlin, Autumn 2010 and launched Blain Southern in London. They opened a gallery in Berlin and ready to make a big impact on Berlin’s art scene again. Although a huge void space was not in use because of renovation during their opening, they succeeded to have a great architectural installation of Tim Noble and Sue Webster while making most of their plenty exhibition spaces. Since an enormous land of the former news paper company and its owner had attracted a large attention in the city, in addition to their not-Berlin like showiness, their well-self-directed gallery style must have left quite a bit of impact on the scene. 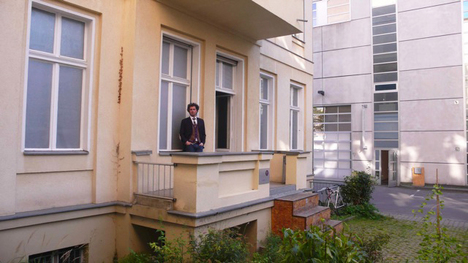 Florent Tosin standing in front of the gallery Photo: FlorentTosin

On the other hand, you cannot miss galleries which stand differently from major and established ones. They are about to breath new life into an art scene in Berlin such as “Tanja Wagner” which became independent from “Max Hetzler” and “Florent Tosin” from “Carlier Gebauer”. Both have oame from major galleries in Berlin and started their carriers as a gallerist since Autumn 2010. Their abilities as a gallerist are still unknown relatively, however, their foresights and ambitions have been proved by locating their spaces on Potsdamer street last year. They are expected to display their originalities to the full without sinking into obscurity among countless galleries in Berlin and survive from a keen struggle for existence then become a leader of the scene in the future.

There is an atmosphere filled with possibilities that it will bring something new while old and new galleries are mingling on Potsdamer street. In addition to that, it seems that the flow of art galleries keeps coming and that suggests more rooms for a development in the future. Well, how long do these enormous energies keep being radiated away from the center? Taking gallerist’s talks and the past history into consideration, it is a sort of cycle and it will finally come to end in the long run. Supposedly, it is a part of process that the center of art scene keeps changing. A lot of art galleries gather where they can find an affordable rent space. The majors and young galleries are intermingled, and this energy attracts not only art people but many others. The price of land and rent is going up as people open boutiques and restaurants attracted by the scene before long, which sometimes narrows down the range of people to limited art people and the wealthy class. This possibly takes away the early chaotic energy and heat and then a sort of stagnation visits. In that case, the art galleries start moving out searching for a mobility and a new heat as well as an affordable space. This cycle most likely happens again and again and the current events on Potsdamer street is not an exception. In any case, there are indications that many more developments on the scene by various people’s visits. Even so, an art cycle goes unpredictably fast. Please make a visit to on Potsdamer street before it loses this energetic heat.