An annual event each autumn in Paris, Nuit Blanche, welcomed its ninth year this year. The event happened from the night of October 2nd to the morning of the 3rd. 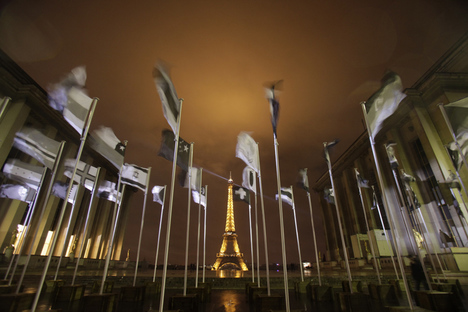 Nuit Blanche began as one of the big challenges of Paris’ cultural policy in 2002. Nuit Blanche is organized by famous curators of contemporary art every year. Therefore, it is a one-night exhibit that uses the entirety of Paris as its venue.

Of course, it is not that easy to make this sort of large-scale and short-term event, which burns brief and bright like fireworks, a success every year. It is still unknown if true Parisians enjoy this event, as do the domestic and overseas tourists and the foreigners living in Paris. After all, it is fairly typical of Parisians to check out the event ever so briefly and then bluntly proclaim, “It wasn’t that good. Nuit Blanche is always disappointing.“ 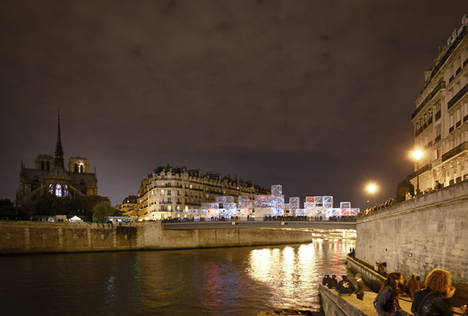 This year, Martin Bethenod controlled the one-night art festival. Bethenod retired from his position as joint director of FIAC, Foire Internationale d’Art Contemporain, a few months ago and he assumed the directorship of two Venetian museums owned by Francois Pinault. Such a step-up is unprecedented and the art industry was very surprised.

Out of forty official projects, about fifteen of them were made for this Nuit Blanche 2010. The associated projects numbered almost two hundred. Even if people were to have stayed up all night and walked around Paris, it would have been impossible to conquer all the projects in a single night. The associated projects actually included galleries that had or currently have on-going exhibits, not exclusive to Nuit Blanche. Moreover, even if people were to have followed the free small event catalogue and arrived at any given venue, they would have been equally likely to find nothing happening as much as a very long line to see the exhibit. 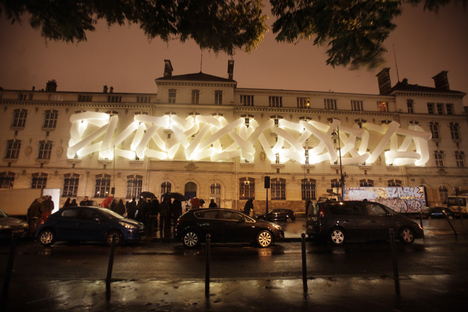 On the night of Nuit Blanche 2010, Paris was divided into three districts. The first area, west Paris, covered the Palais de Tokyo, Musée d’Art Moderne de la Ville de Paris and the expensive neighborhoods of Trocadéro and Iena which host prominent museums such as the Musée Guimet. The major points of this area had all of their museums open to the public all night and exhibit areas dedicated to Nuit Blanche. The second area covered the Marais district in central Paris. Many performances were held all night long at various venues, such as museums, cultural centers or churches. The final area covered the Belleville district in west Paris. In the Belleville district, the second Chinatown in Paris, young people have opened new galleries one after another in the last few years and artists have been having open-studios. This movement of contemporary art has been showier than what could be referred to as underground. Since the Biennale de Belleville is currently organized in this district, Nuit Blanche looked like a night performance of Biennale de Belleville. 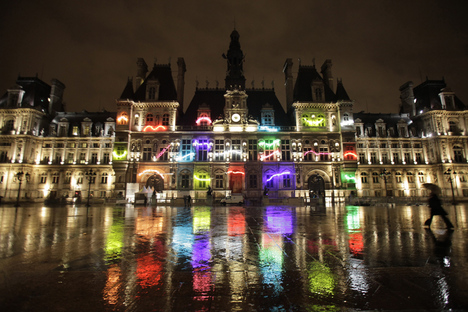 One of the official projects that many visitors had enjoyed was an installation called “aimer la difference” by Michelangelo Pistoletto. Neon signs said the phrase “love the difference” in various languages shining from the façade of the Hôtel de Ville, Paris. Hôtel de Ville, Paris is located in the middle of the Marais district, a famous gay district led by a gay city mayor, Delanoë. The exhibit put a smile on people’s faces about not only the differences between languages and nationalities but also the diversity, richness and happiness of individuals who survive in modern society. 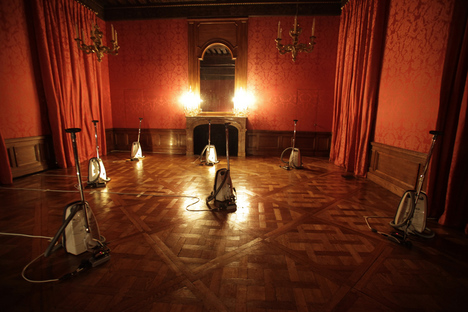 Just because Nuit Blanche is a temporary, sight specific and cultural night event, many projects tend to be performances, images or sounds. As one of the performance projects this year, “Kiss” by Tino Sehgal received a great deal of attention before Nuit Blanche happened. A gallery at Beaux-Arts de Paris was opened for the performance. However, because of the large number of people and the manner of the exhibition, calmness and a sense of peeking were weakened and it was very disappointing. The “Kiss” project exposed the unfortunate difficulty of conducting such an event driven by public-participation.

Nuit Blanche welcomes its ten-year anniversary next year. However, recently similar events have happened not only in Paris, but also in Montreal, Toronto and Madrid. During this recession when cultural budgets have been cut everywhere, before its contents and so on, the value of one night of free-to-the-public art event is re-recognized.