Light – It’s always there for us: over many generations, with many different things. 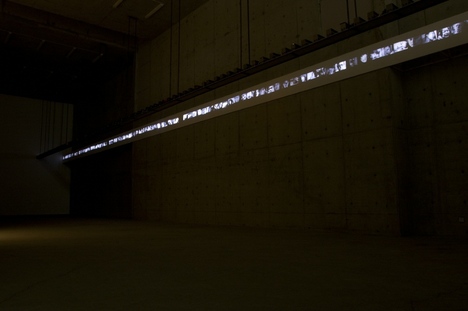 People, actually, never leave this world.
Perhaps, they are afraid of an answer.
Perhaps, love is running through the wind quietly.
People get separated and quickly returned feeling refreshed.
Then, sometimes, they wonder to themselves. 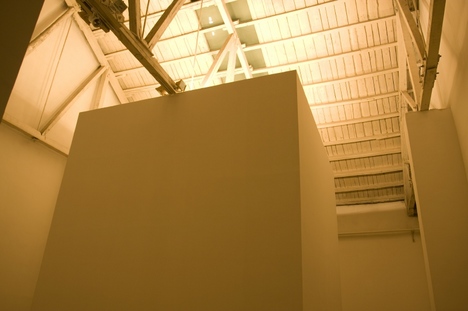 Millions of pictures of different faces get blurred together at high speeds, the images fuse together and become ambiguous. During the brief amount of time that people will spend at this exhibit, thousands of people will be etched into their own lives vaguely, however, certainly. One life connects with another, and another connects with the others in a spiral. This exhibit reflects such a connection’s complexity and purity. We are being told how small and weak people are in life’s journey. This twilight colored space gives an impression of religious devoutness. However, this is not a place for prayer. On March 20th, 2010, rising artist Wang Ningde opened a new solo exhibit, “Let There Be Light,” at the Xin Dong Cheng Space for Contemporary Art in Beijing 798 Art District. Pictures appear on a dark screen every second. There might be so many that individually they slip out from our memory. However, they shape a thread which binds our lives together. 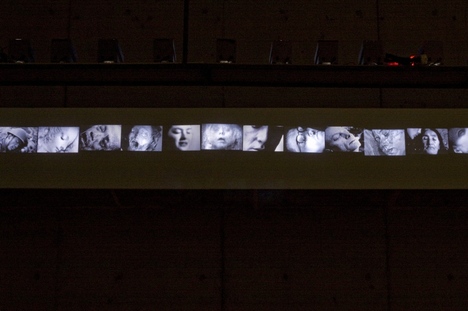 Time always comes and goes quietly. Then, it leaves calm and pain on our faces. This soundless record means more than what it is, but no one actually knows its real meaning. Wang Ningde has been recording peoples’ faces since 2007.His pictures are filled with realism, capture absolute moments, and show contemporary life styles in a lively manner. So many close-up faces; we have no ways of finding out the stories or memories that are kept in those faces. However, the different emotions on each face still attract people. These pictures contain millions of moments. The suffering and sadness of life; closed eyes tell more stories than anything. Relief, grief, hatred and loneliness: whether or not we are good or bad, we cannot escape from the multitude of emotions felt in daily life. Eternal life does not exist. At the end of life, death – a life long nightmare – brings an end to the body and mind. 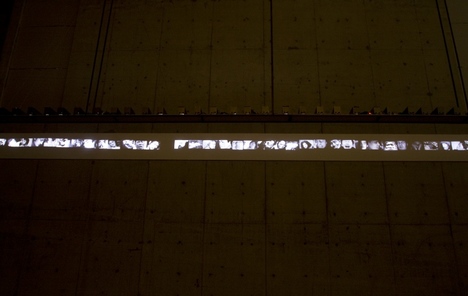 Light is always calm and seems to last forever. Since we cannot live forever, we always need light to recognize and memorize images. Faye Dawei, curator of the museum, says, “Only a photographer can see what’s happening when he trips the shutter. It is the same as the blinking of an eye. The image exists at that moment.”

Pictures by Wang Ningde do not force people to understand them in one particular way. They allow people to understand in their own way. In a world of many religions, there are always several different groups, each with its own understanding of religion. This exhibit actually has a similar atmosphere to religion. The color combination, the huge cubical pole and the images projected intermittently. These elements give people a feeling of mystery and awe.

The existence of light means more than any religion since it is the one thing that shines all over the world. Light cannot be predicted. Light does not predict anything either. However, light forms people in a human shape and bestows upon us many stories and memories. Wang Ningde throws the many stories that form this world into the light at high speed. Peoples’ faces and the lives that appear on their faces come directly into our minds and might cause vertigo. People find their real lives in the pictures of dead faces moving fast in front of them. During this “talking to themselves” time, people look into many other peoples’ lives and, of course, their own lives.

Light – It’s always there for us. Over many generations, with many different things.

No one knows if the cycle of life or transmigration is true. However, people never leave this world because light is always there. It is always with them.