1000 signals dedicated to language (GENGO) and the galaxy (GINGA).” 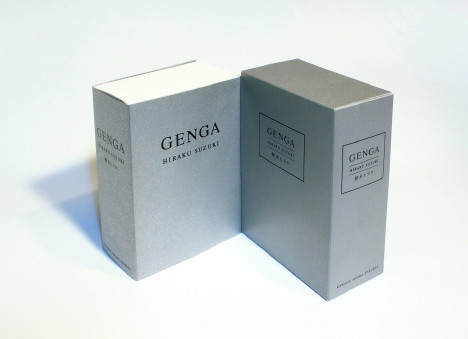 With an excavating method of understanding and engaging with the urban environment, Hiraku Suzuki is an artist who works on various forms of art generated from his distinctive drawings. He released his first book of drawings “GENGA” on February 24th. In the 6 cm-thick paperbacks, it features 1000 drawings that he has completed for past 6 years since 2004.

GENGA consists of 1000 pieces of a series of GENGA drawings that feature from GENGA#001 to GENGA#1000. Each drawing is placed per page, and each page number is associated with the number of the drawing title.

Inspired by every aspect discovered in his immediate environment, GENGA is a dictionary-sized microcosm of Hiraku Suzuki, which is made out of numerous signals that communicate times between present and future. SHIFT had a chance to ask Hiraku Suzuki to discuss about the newly released GENGA. 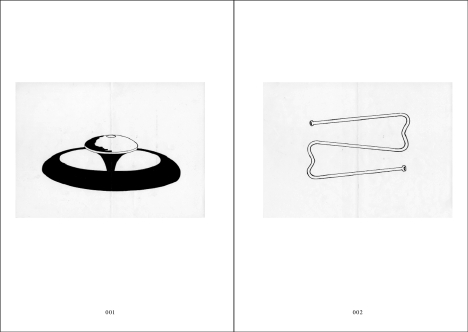 How did you start to publish your first book “GENGA”?

As I have been drawing on Xerox paper, I realized it got large stack of paper, after the number of drawings reached around 600. And I vaguely started to think compiling these pieces would create some kind of a book that you have never seen before. I thought I could make something like a dictionary.

And when I almost reached 1000 drawings, I had a great opportunity to receive supports from unique and wonderful people (Yui Yoshizumi from the publisher Kawade Shobo, Yuki Tanaka for the editorial support, and agnès b who supported us considerably), and started to work on the publication for the book. 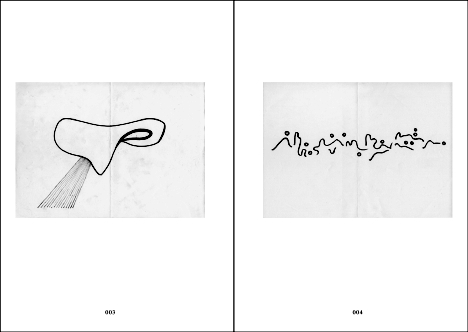 I make a piece of GENGA, using A4-size doubled Xerox paper and a marker. Each drawing is completely different, since each piece is for me a new letter or signal, which then makes a compile of discovery.

I try to draw something inspired by a moment. For example, a moment that a man walking in front of me suddenly looks to the side and the pattern of the back of the clothe looks twisted. A residual vision of a building I saw far from the train window. A moment I saw weird signboard and graffiti. There is a difference between the memory and what I draw. If I find a feel of discovery in the drawing, then I select it as a piece of GENGA. I don’t select drawings that are similar to the already existing GENGA pieces. There might be some kind of similarity like “KAKI (oyster)” and “KAKI (persimmon)”. 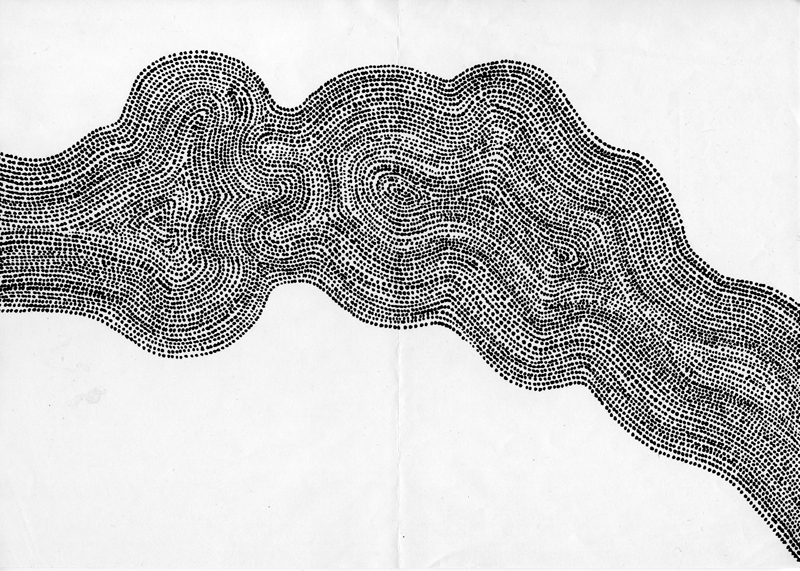 Xerox paper is originally used for print letters, but I use it for drawing dots and lines And as I scanned it, it became a data, and I felt great as if I created letters of a new world, or as if I did something I should not.

To make GENGA pieces is, for me, like talking in a new language on my own or discovering a new star on my own rather than drawing pictures.
In other words, it’s similar to reenact activities such as ancient people in the Paleolithic era inscribed letters or as if someone started to create a new civilization in the distant future.

How long do you take to draw a piece of GENGA drawings?

It differs from piece by piece. Some were drawn in 10 seconds and some were for 2 months.
I draw many everyday, but there are very few included in the GENGA series.
I want to publish GENGA2, but it might take 20 years. 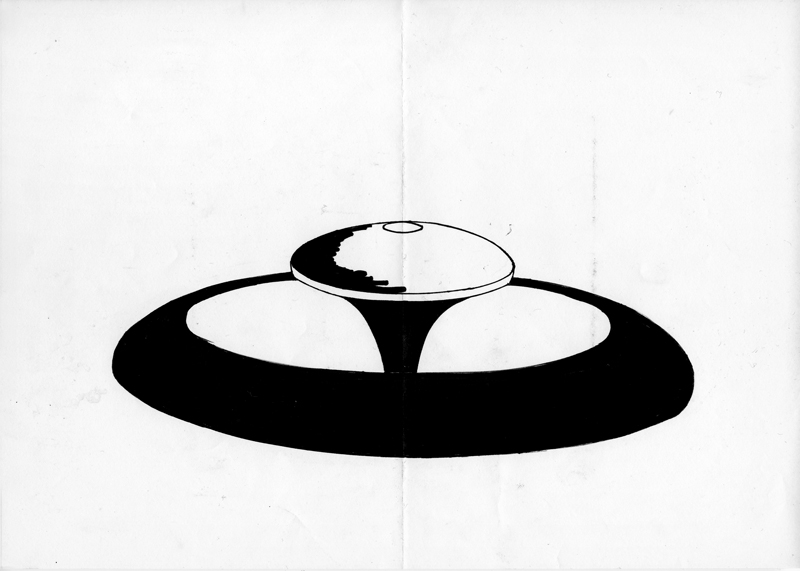 When in 2004 did you draw GENGA #001? Please share any stories behind the piece drawing at that time. Did you have a plan to start the GENGA series?

While I started to think drawing shapes in spring 2004, I’d already started to draw at the same time. I think I drew #001 inspired by a shape seen on a pictorial book or something. Of course there’s a difference between them though.
At the beginning, I didn’t have any titles or even think to make a series of it. But I always draw GENGA everywhere in the world, getting Xerox paper and maker, which I have done in parallel with other works. Over 500 pieces I drew, I started to think if these pieces would be GENGA. 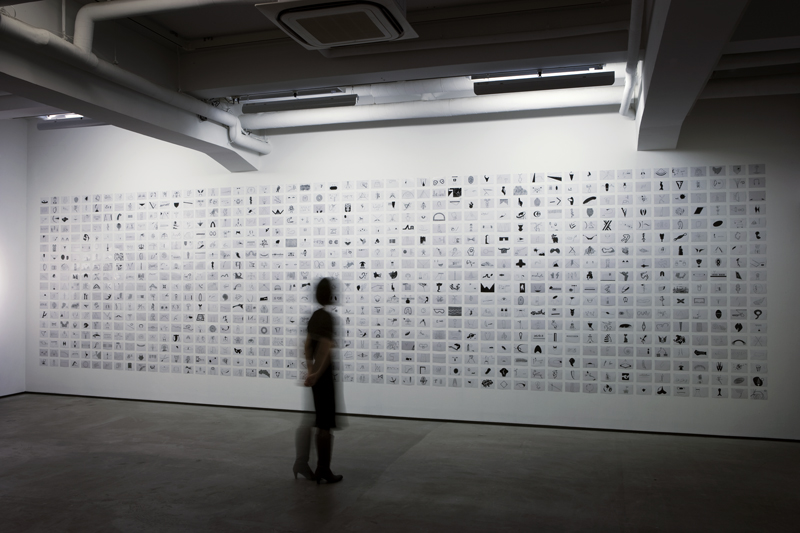 What did you consider the most for making the book GENGA?

In terms of containing a part of my works, GENGA is my drawing collection book. But I am not interested in making such book, but making a new work. So there is no description in the book, besides afterword. The book was made in the paperback format, which features pictures instead of texts with page numbers, which are associated with the drawing title.

As for bookmaking, I was inspired by the paperback version of horror novel by Natsuhiko Kyogoku and a dictionary GENIUS. I also had an image of monolith which appears in the movie “2010: The Year We Make Contact”. As an object, I was vaguely thinking to make the book something similar to a dictionary and a meteorite. Consequently, I guess it turned out to be quite interesting one more than I expected.

I think GENGA is a book that collected unique illustrations, which don’t seem I drew, and also a new work of sculpture/architecture as well.