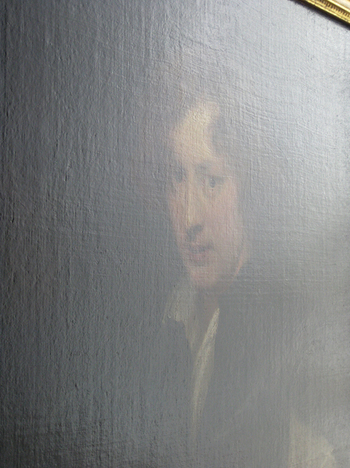 ‘It’s the challenge of making an artwork. It’s like looking at a big pool and going on to a jumping board, going up to the highest point that you can jump off from – and being courageous enough to jump.’ With that philosophy in mind, Berlin-based contemporary mixed media artist Andreas Templin is very much an artist of and for our postmodern time, creating thought-provoking works that push the limits of our existing knowledge and understanding of art, and its continually shifting place in society. As a contemporary artist, Templin rejects the ‘19th-century idea of the “genius artist”, who works in his studio obsessively with just one thing’, and opts instead to structure his art around the disorderly disarray of life itself, working with the materials present in his surroundings and attempting to make his art more directly relevant not just to himself as the creator, but also to those who consume it. After all, according to Templin, the adult individual consumer is faced with the creative possibility of reinventing his identity each day, with the wide variety of enhancement products now available for use. The artist, too, must move with the times, and avoid being a fixed label but use everything available to him. 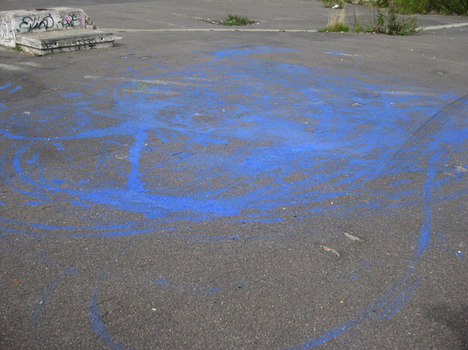 This has resulted in a wide range of work now on display at his first solo exhibition in Tokyo at gallery COEXIST, from photography, music and video displays to archival records of his situationist play in Madrid musing over the trivialising treatment we give philosophy nowadays. Reflecting how we have moved into an advanced age where consumption of information has become quick and our attention spans shortened, Templin’s work also utilises a variety of media to jump from topic to topic. In the photograph, ‘God is dead “Friedrich Nietzsche, “Nietzsche is dead”, God!’, the label Friedrich Nietszche is pasted on a crucifix stuck in snow and seems to symbolise the death of philosophy or serve as an ironic commentary on how philosophy seems to have gone the way of religion in the consumerist world we live in today. 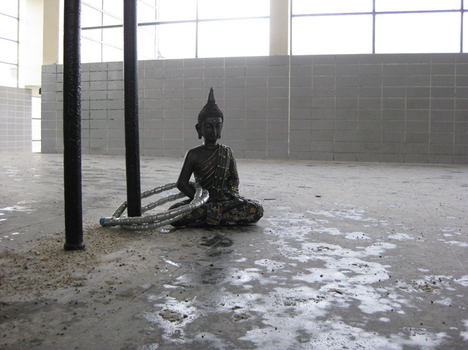 In other works, Templin also edits photos of portraits containing history’s distinctive figures, such as Charles Darwin, or takes photos of temporal or accidental art, such as spilled paint, because he likes art that exists only for a glimpse of a moment in public space, reflective of the art movement today. In the photo, ‘double bind Buddha’, Templin tries to capture the fragility of the Buddha-sculpture being forced into the public space by the locking of chains, also symbolic of the treatment given cultural icons in this day and age. Templin also displays his musical abilities, inspired by the innovator John Cage, by whistling the music of Bach.