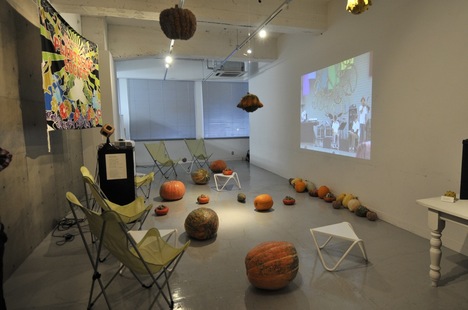 On the 2nd and 3rd floors at the site, “plants+” shared topics to live with green through moving pictures that have a concept of an organic lifestyle living with green. They had a special screening about their process and activities. Since May in 2009, plants+ kicked off WEB TV with Lucas B.B. and Seikou Ito as the central figures. Originating with a lifestyle magazine called “Planted” that focused on a life with green, it became a totally brand new media full of moving pictures that should’ve been around before. 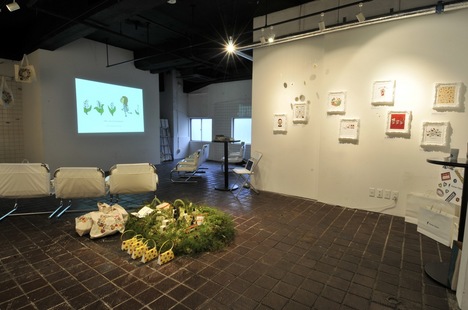 This was his first solo show for a remarkable character creator, “tarout“. “Fine Jewelry Gourmette-chan” for Dior and “run run ran” for Nike+ are among his masterpieces along with his illustration on the “Caramel Eclair Latte” cup for Starbucks that is about to decorate this holiday season.
Tarout is known for to cherishing his characters’ profiles and background stories for his creative activities. The secret of his lovely character will be seen in his detailed creative process of work. 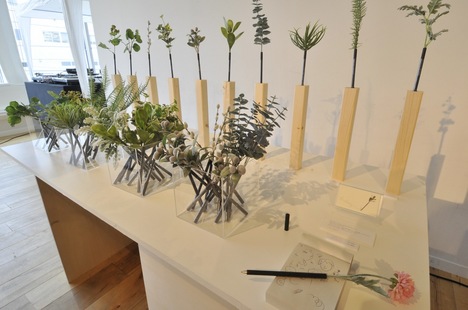 The “bonboog” is a variety store brand by “SALCO” targeting adults. They have a fresh point of view, relating the slight sways of a flower to a pen writing. That became an idea for “botanical pen” which is a pen with an artificial flower on top. There is a floral series featuring vivid anemone and queen lace with tiny flowers and also herbal series including subdued moss green dusty miller and Boston fern. And they are rising in popularity among young female customers. A new release in 2009 was a botanical pen with a real dried flower. It must be a topic of conversation at a wedding ceremony or reception desk. It helps just ordinary writing to be a little something special.