A notable art initiative celebrates its fifth anniversary in the Austrian capital.

In a way, the art world is a creative business just like any other – we can think of design, film, theatre, fashion etc. –, at least where it comes to the necessity of joining forces in order to gain visibility and attract a large (and ideally international) audience. Vienna Art Week pays tribute to this fact and presents itself as a colourful gathering of many interesting. This event spans an entire week and is powered by the skills of creative director Robert Punkenhofer and Martin Böhm, who heads the so-called Vienna Art Cluster, an association of the city’s most important art institutions. To try and reflect the entire range of Vienna Art Week in so short an article is almost impossible, but if I had to sum up my impressions of the 2009 edition, I’d probably say that this edition was marked by the particular commitment and endeavour of independent curator, art critic and theoretician Ursula Maria Probst. She conducted many interviews that were published in the special publication “meet art”, curated an exhibition of public art entitled “Local Strategies Continued” (Shift readers are familiar with the first part of this project) and she put together the very remarkable show “The Centre of Attention”. 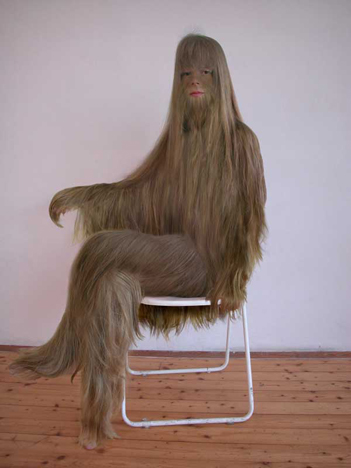 For “The Centre of Attention”, Ursula Maria Probst brought together a total of 20 artists and art combos from Austria and the Central Eastern European region. She thus points out the consequences and special opportunities that result from Austria’s geographic position in the heart of Europe. Anyhow, the question this exhibition really wants to raise concerns the social potential of art and its inherent possibilities of depicting reality. The fact that the exhibition is set in a temporary art space which will close again after the end of Vienna Art Week doesn’t only quote and refer to a curatorial practice very common in other art capitals (such as Berlin), it also draws attention to the importance of keeping alive the dynamics of art – highlighting it as an ever-changing, unforeseeable, economically precarious domain. Probst works with artists with a relatively young and independent profile, for example Catrin Bolt, Marlene Haring and Russian-born Anna Jermolaewa. 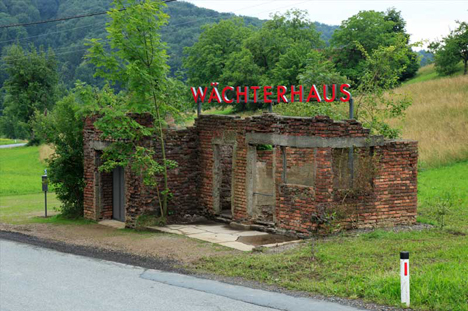 Among the numerous debates and panel discussions which brought together experts from the international art scene and leading figures from Vienna (an exceptional lineup was united at a discussion about “Curatorial practice and the art market”, where Matthew Slotover from Frieze Art Fair and Nicolaus Schafhausen from Witte de With were among the participants), I followed an open debate about the potential and importance of art-related memorials with particular interest: the necessity to anchor events from the past in the consciousness of passers-by through the means of public art was vividly discussed by historian Heidemarie Uhl, artists Johanna Kandl and Dorothee Golz, and others. There is maybe not one single conclusion to draw, but there can be no doubt at all about the fact that art is a very adequate tool for the reactivation and visualization of (repressed) memories.