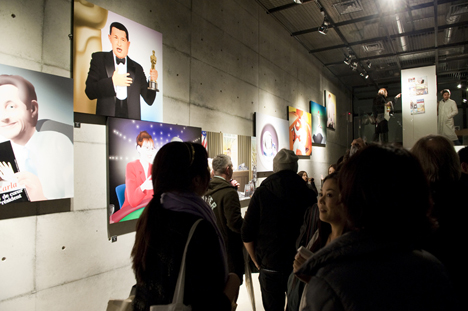 Mathias is a Dutch artist, who draws political issues in his illustrations. His first solo exhibition is held from November 20th of 2009 to January 31st of 2010 at DIESEL DENIM GALLERY AOYAMA.

He picks up well-known politicians, celebrities and today’s world affairs as a theme for his humorous, ironic, and satiric illustrations. American politics is a main theme that he often takes up and politicians like the US President Obama, Secretary of State Hillary Clinton and former President George W. Bush were materials for jokes depicted on his illustrations. 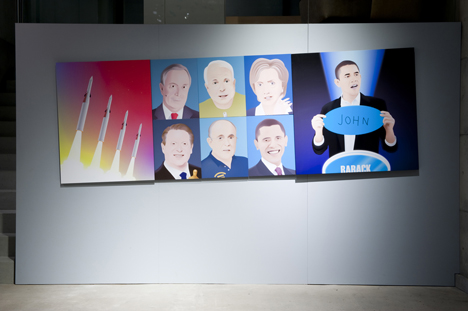 Mathias Exhibition “ALL ABOUT DEMOCRACY”

“Famous politicians who appear on TV seem to be like actors and actresses and that all they do is like a part of their perfomances. They assert that their society is a democratic society. But this is becoming just a joke now” says Mathias. He expresses a warning toward democracy through the exhibition “ALL ABOUT DEMOCRACY.” 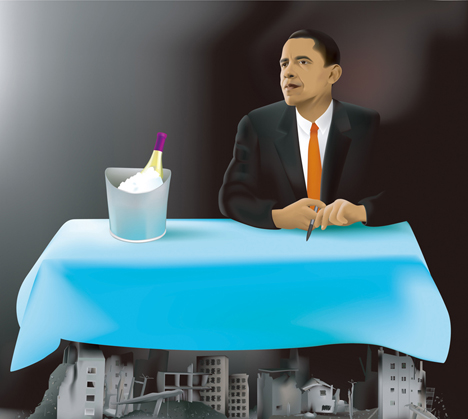 “I’ve been interested in politics since my childhood. I often wondered like why unfortunate people are still living in a severe condition. I was shocked by poverty when I visited Venezuela with my friends in 2005 because it was much worse than I thought… On the other hand, problems made by developed countries like European countries and the United States and activities that are done by politicians started to look like performances to me. Feeling this situation to be severe, I created artworks for this exhibition.”