If we have, throughout the past few months and in a collaborative effort between AUSTRIANFASHION.NET and Shift magazine, repeatedly tried to familiarise our readers with the Austrian fashion universe, yet another aspect should be taken into account when taking stock of the creative impact of our local fashion scene. For the liveliest and most creative fashion scene will only become as visible and successful as the images that reflect and capture it allow it to be.

As a matter of course, the greatest fashion avantgarde cannot and indeed, will not come anywhere close to international renown if it must do without the backup of excellent local photographers and visual wizzards. So, to give you a very simple example, a fashion graduate fresh from university will hardly have the budget to pay an international star photographer for his or her first lookbook. For this reason, we considered it wise to continue our ongoing series of portraits from the Austrian fashion scene with a brief introduction to the work of seven outstanding fashion photographers who are based in Vienna and make an essential contribution to the fashion boom we’ve been witnessing in Austria in the past few years. 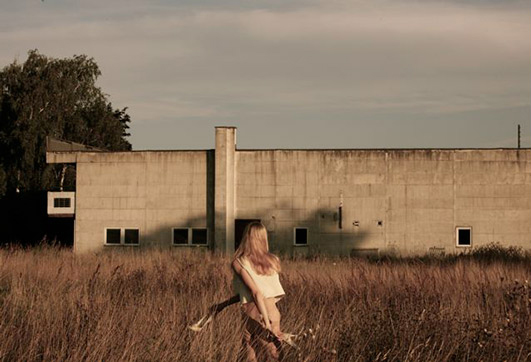 If perfect control of the body were to rank as a preliminary condition for a successful photographer’s career, Michael Dürr could look ahead with the greatest confidence and ease. Before he started working behind the camera, his preferred territory were gymnastic apparatuses and a diving board. Luckily for Austrian fashionistas though, Michael converted to the world of photography – and already collaborated with international titles such as Brazilian Casa Vogue, self service and Purple Journal – in addition to most of our national magazines, such as the brandnew fashion & culture quarterly faq magazine . His latest congenial invention is the cinéma photographique – an ongoing series featuring projections of fashion photo sequences in interesting locations in Austria and abroad. Absolutely astounding! 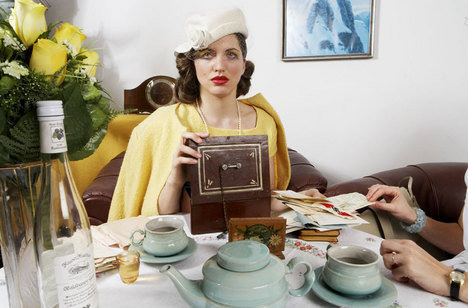 The website of young photographer Elisabeth Handl has a rather witty address. “Fotosoesin” plays with a charming alteration of the German word for a female photographer, indicating that the person behind the camera need not always be taken all too seriously. After all, we’re all just human, aren’t we…? Elisabeth studied graphic design at Vienna’s University of Applied Arts, one of the city’s main creative pools and an important networking hub where different departments (fashion, painting, graphic design, media art) function side by side and enhance inspiring insights into other workfields. Ever since she finished her studies, Elisabeth has worked as a freelance photographer and graphic designer, contributing to many of the country’s best glossy magazines (for example Diva and Wienerin magazines), while also pursuing a more conceptual, artistic direction of photography. Since very recently, she has extended her field of activities by co-founding a new collective of photographers and designers called XDesign, where she is in charge of book publications and other promising visual projects. Dying to see more!