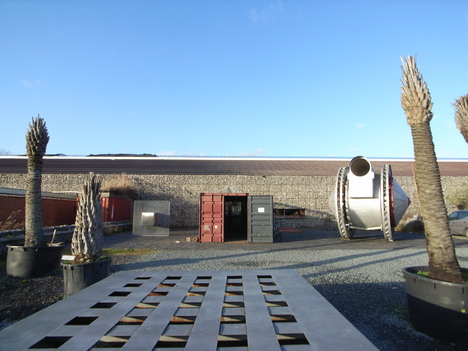 The Verbeke Foundation was founded in 2007. It holds the private art collection of Geert Verbeke. The foundation is located in the halls of the former transport company of founder Verbeke, in Kemzeke. 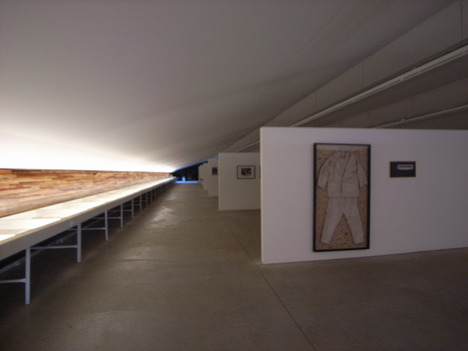 Hall of collages and assemblages

Although the emphasis of the collection lies at the vast amount of collages and assemblages, these aren’t the works which draw the most attention, as they’re all small, less striking, and located in a side hall. 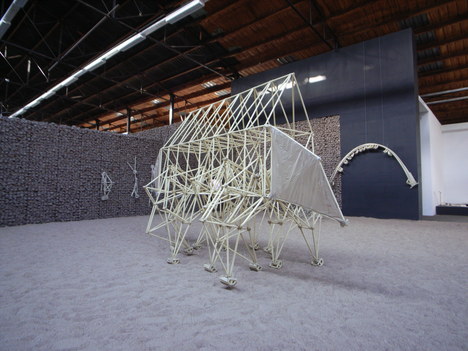 The central large hall of the Foundation shows, just after you’ve entered the museum, a drawing by Keith Haring on a large container, a ‘Victor Mobilae’ riding garden by René Van Corven, hanging cows by Peter Greenaway, and a ‘Animaris Ordis’ beach animal by Theo Jansen.