“Art is like the silence before the storm. That’s what I look for: that silence that anticipates a huge punch in the face. That’s art. This big uppercut when you’re standing still”, he says.

He is Vladimiro Merino. He’s from Buenos Aires and he would surely like to be called an artist. He’s more than an illustrator, more than a designer. Maybe he’s something in between, or something bigger than both. He is, in the surface and deep inside, an artist. 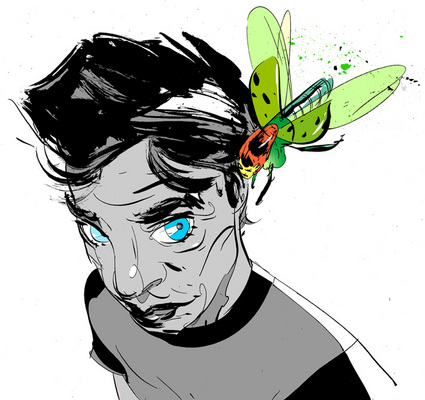 Please tell me about your career.

I started illustrating in the late nineties. Before that I studied graphic design and also painted. I was looking for something more similar to plastic art. That’s what I love to do. I was not happy with graphic design so I also attended to art classes and artists studios, and then I continued painting on my own.
When I think about painting, I tend to draw. It happens every time I work on some sketch”, he says. 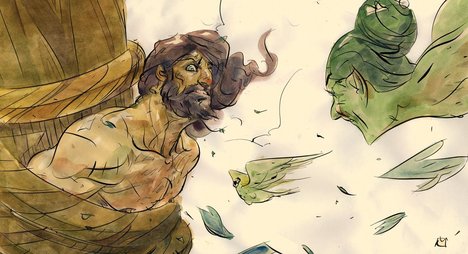 What are you working on right now?

One of my recent projects is the illustration of a book about aborigine stories. I’ve been also working on storyboards for advertising. Right now, one of the main projects I’m involved is a short animation film directed by Carlos Nine. This is actually a movie with four short stories made by young argentine filmmakers and artists, and ours is one of them. What’s interesting about it is the fact that we paint with brushes and ink, somehow emulating Bill Plympton´s style. I’ve got great expectations on this project.