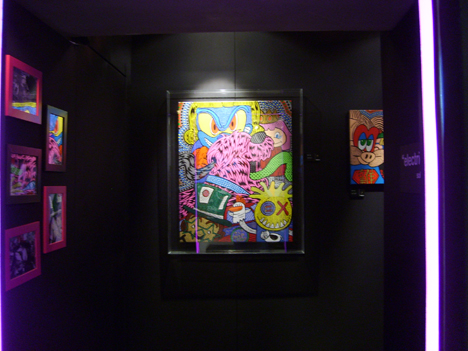 My favorite comic hero would be Ultraman from Japan. Since Ultraman is the very first comic that I watched when I was young. But I also like Superman. My kid has been influenced by me and likes Ultraman, haha!

For the arrangement in my paintings, I just randomly put different cartoon characters in one painting as I felt like it. 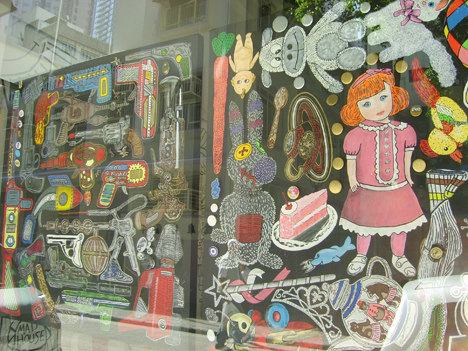 Among these artworks, did you create your own character in the collection? What message do you mean to bring out of this character?

Yes, I did! I have created a few characters in this collection. The wood princess is one of them; she depicts the typical Hong Kong girl that I see nowadays. All the princess cares about is money and brands. In her mind, she’s a beautiful princess, but in fact, her crown is not even real, it’s just made from wood. Another character is called “Money Piggy”. He looks just like an ordinary pig, but he has money dropping out from his behind and people start following and kissing up to him as he’s a money-making pig. I may have a spin-off story about “Money Piggy” later. 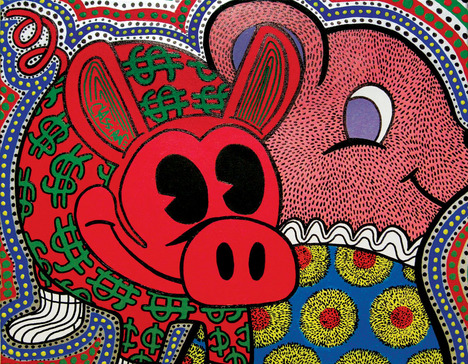 From your painting, I can tell you are a big fan of Pop Art, is that true?

Have you thought of exploring your creation into the fashion world?

I haven’t had this plan yet. I would like to develop another career in art industry from now on. This is what I’ve been passionate about for many years. Drawing makes me stop thinking about the stress in my business and it’s a great way to make myself relaxed.

What are you working on recently? What is your upcoming plan?

I’ve been recently commissioned by Wan Chai Council about Wan Chai’s history. At the same time, I’m working on a new series of paintings that are superheroes from the west but with the eastern faces. It will be in a similar style to that of “Electric Claustrophobia”.