A world in Between. Fashion beyond clothes. 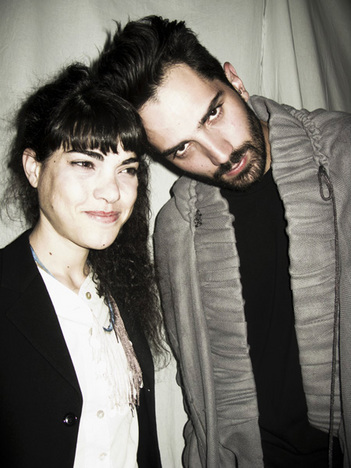 “A world in Between. Fashion beyond clothes” is the first exhibition project of Curator Tomas Rajnai, graduated by Stockholm University International Curating Management Education (ICME). He is is a well known professional into fashion and art. Since a few years he is being responsible within the team for fashion fair Stockholm-based +46 – Progressive Scandinavian Fashion among a period in the U.K with contribution-projects for Nick Knight´s Showstudio. 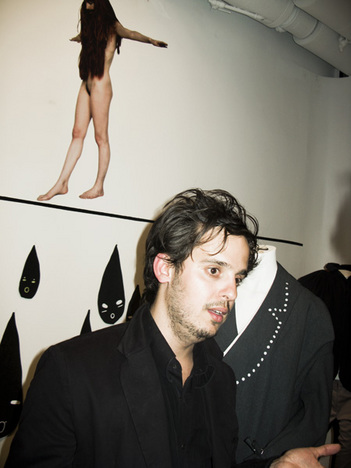 The exhibition confines Barcelona artist Andrea Ayala Closa, that exhibits at the Kleerup Gallery and Amsterdam-based Bogomir Doringer that shows his work at Weld. Both galleries are barely 5 minutes walk from each other in the center of Stockholm. 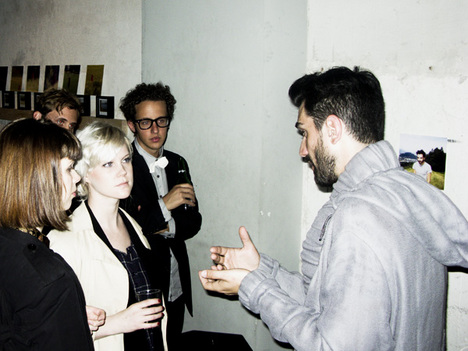 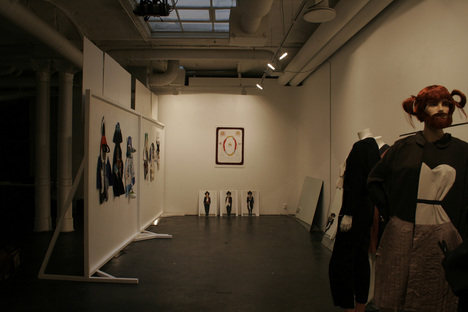 We were there to attend the exhibition. First stop at Kleerup Galleri. We were among the first ones to arrive but soon there was a crowd of people there. The work of Ayala Closa is a series of illustrations against an interpretation of few garments without fashionable soul.