From Nature to Ceramics to You. 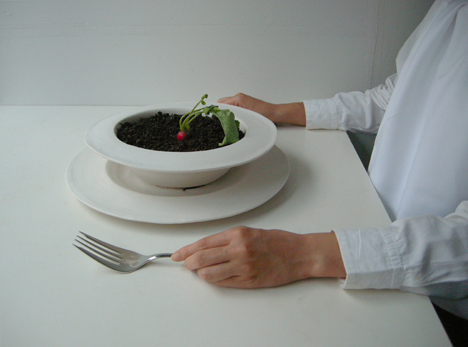 ON ZA LINE make beautiful ceramic works that delicately mimic and reflect nature’s subtle forms and functional qualities. So far, ON ZA LINE have produced three unique collections of works which have been sought after by notable retailers such as STORE in Europe and even the Japanese department store giant, Takashimaya. The SFT gallery at the National Art Center has also stepped forward and exhibited their works. By making such accurate molds, their materials and works remain close to nature and it actually feels like you are in possession of a perfect ceramic copy of a natural form. Shift had a chance to sit down with the busy girls, Ai and Kiyomi to talk about their work of yesterday, today and tomorrow. 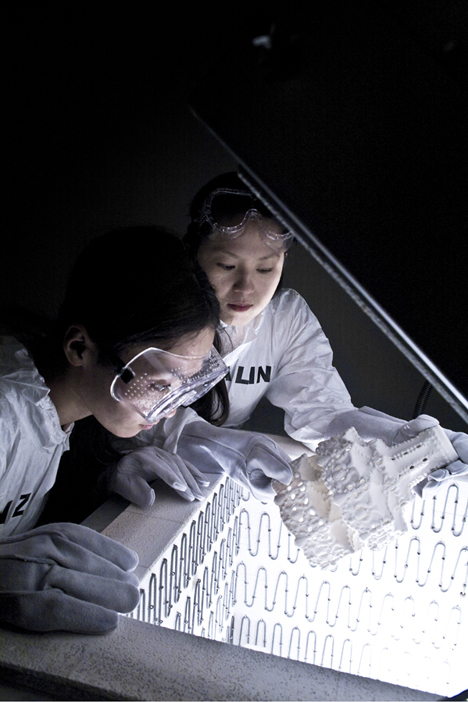 Ok, we all want to know, how did ON ZA LINE start?

We decided to start ON ZA LINE in 2005. At that time, we both had other jobs but we each realized while working those jobs that we should, “start our own project now!” We started working on our first collection which was called, “She Needs a Treasure” which we finished in 2005. After that, we didn’t really know where to go with our ideas next. So what we did was we printed some small posters and sent them to some shops or friends with an accompanying letter. Some people didn’t get back to us but we did receive some really positive reactions. Actually, one friend who received our flyer just called us up and said she was interested in us. We took it as a small miracle and continued and here we are today.

Lots of people do ceramics…what are you trying to do with this project?

Well, to be honest, we don’t really know what our goal is so the only thing we can say is that we will continue to just move forward. We’re optimists and think this idea of constant progress is great because by continuing, we know that what we are really trying to do will become more clear every step of the way. 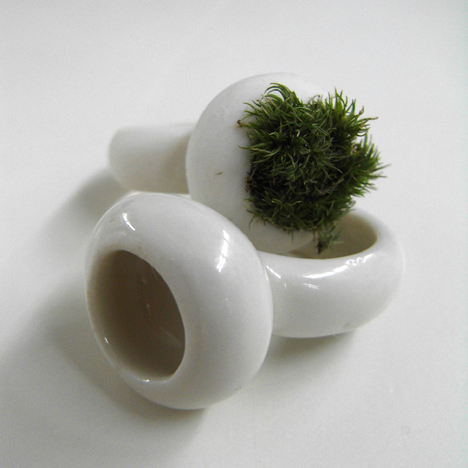 OK…Lets talk about a few of your pieces, where did the idea for the moss ring come from?

Well, a lot of people find the moss ring interesting because it is very rare to have a natural and actual, real “green” piece of jewelry. But the idea for the ring came from a bigger theme we’ve been working with which is, “The Garden as Science Fiction.” This is also serving as a title for our up coming exhibition. The Moss Ring was born out of this idea and we feel clearly shows that basic concept of this current collection- that “green” in a natural sense, will be more exclusive over the years to come. By that we mean, more rare and appraised higher and higher in value. We’re actually looking forward to hearing back from people after they get the Moss Ring. 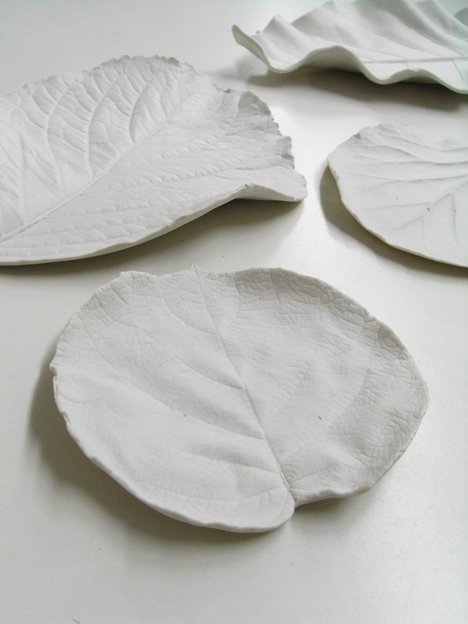 And tell us about the Leaf Dish!

OK, the original name for “The Leaf Dish” in Japanese can be translated as, “the leaf is a dish” in Japanese. If you think about it, a very long time ago, people used to use leaves as dishes for many things. Our Leaf Dish is an evolved form of the original leaf dish from ancient times; its almost science fictional since we are reproducing it in a ceramic form. All of the dishes are not “designed” by us, while we usually make molds with clay, we didn’t use molds this time for the Lead Dish. We actually just collected some leaves to use as models and tried not to design them by ourselves and well, the function naturally came out of the form itself.

What kind of feedback have you received? What have people said about your work?

Well most people always question, “What is this made of?” at first. When people say our works are, cute or “kawaii,” it makes us really happy. But, each of our collections are different from each other, each has a different look and feeling. Perhaps someone likes the first collection but they don’t like the second one. Nevertheless, even if the collections might look very distinct from each other, we are always trying to make sure they have some kind of cuteness to them. That’s really important for us and you could say its our silver lining. 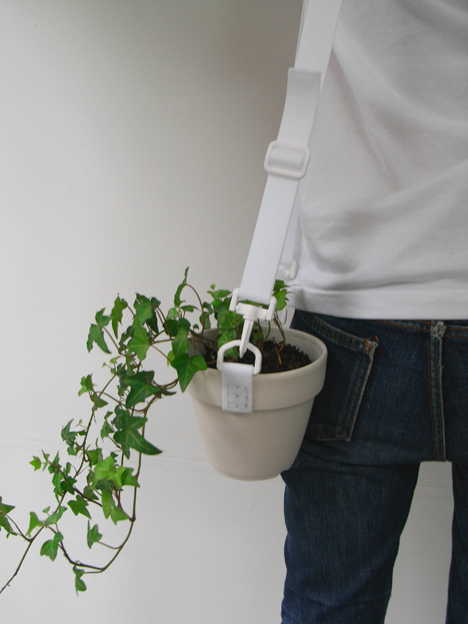 What is coming up in the future for you? What are you planning for the future? what will happen this year?

A lot! Sooner or later, we will collaborate with Julie Elliot of Infiore. She really understands our works and she’s made us realize that we are able to find people who understand what we are doing all over the world, not just locally in Japan. Another thing we’ll be involved with this year is a project of friends of ours called, “Emo Design.” We did not need to communicate via language with Julian and Cedric, the founders of the project, we just showed them our works and we just automatically found that we have a common understanding. This project, “Emo Design” is aiming to be an art movement based in Paris and Tokyo and is working around the concept of “transforming real material/physical properties into emotional properties” and “using those objects to tell stories, to create a meaning out of objects.”

Sounds like a fun, busy year full of discovery and progress! Thanks for your time Ai and Kiyomi.