The Haunch of Venison presents Mat Collishaw’s first independent show at the gallery. 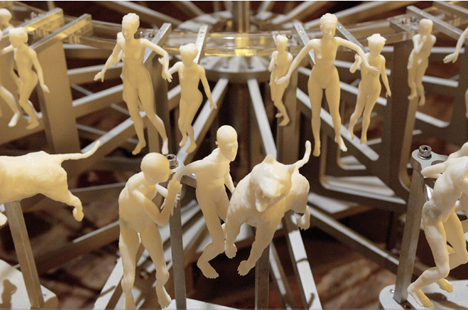 First gaining prominence amongst the Young British Artist scene and exhibiting at influential shows including the “Sensation” show at the Royal Academy of Art, Mat Collishaws works have a longstanding interest in the shifting distinction of reality and representation. The new body of work at the Haunch of Venison focuses on this fascination of the unstable and fugitive nature of images in a variety of mediums. 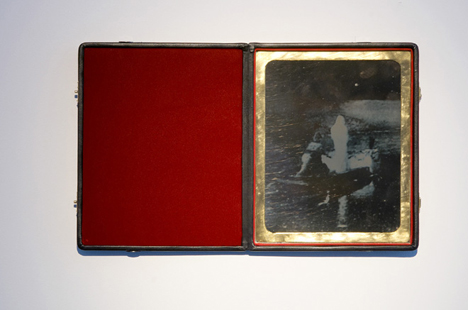 The ground floor of the gallery is an animated video of Arnold Böcklin’s iconic painting “The Island of the Dead”. Collishaw’s addition of and ominous shadow sweeping across the island over a 24-hour period is coupled with the viewer’s reflection in a two-way mirror over the painting. The mingling of the two create a confusing fusion of the stillness of painting with the addition subtle movement and the flattening of the viewers “death”, both placed within the same context of the framed picture. 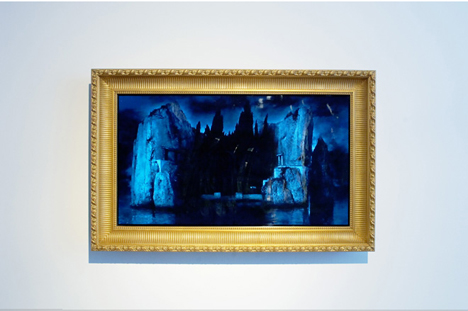 Collishaw has attempted ‘perversely, to bring this island to life but it remains stoically beyond our reach, remote and incomprehensible.’ A lone figure which appeared in Böcklin’s original painting has been removed and placed on two adjacent daguerreotypes. The daguerreotype, one of the first methods of photography, utilises a negative image placed onto a metal plate. The image appears as a positive as the viewer passes across the plate, casting their shadow. Both pieces reflect on the viewer’s ability to affect the lack of substance of an image, and the ephemeral existence of the individual/viewer. 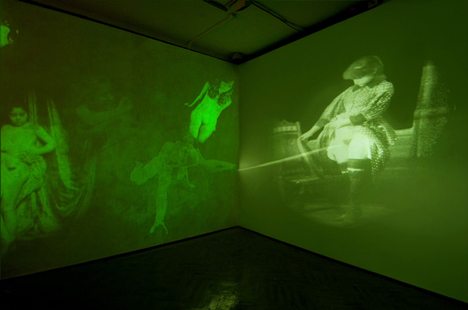 The second floor features the installation “Shooting Stars”. Historical photographs of Victorian child prostitutes, as well as similar images restaged by the artist (with an older model), are “flashed” onto the walls. The walls, having been covered in phosphorescent paint, leave a faint and hauntingly temporary trace of the girls, once again calling to mind the ephemeral nature of the the girls within their precarious professions. ‘Shooting Stars’ is a striking indictment of the exploitation of children. ‘The girls in these images exist only in these stark photographic records’, comments Collishaw. ‘For many, their lives were not much longer than the fleeting exposure of the camera shutter’. 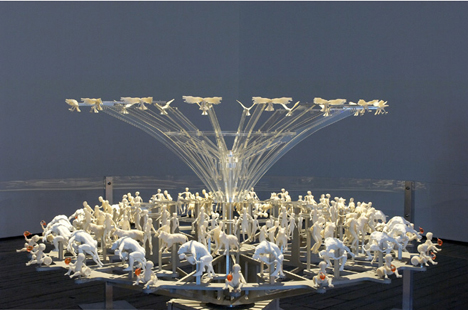 The Galleries top floor is features a zoetrope. The fascinating contraption creates the illusion of movement and animated objects by spinning numerously arranged figurines at a high speed in conjunction with a strobe light. The figurines include one hundred and eighty mythological figures, including a Minotaur, the Three Graces, a she-wolf and a cherub. Collishaw makes comment on the mechanised action of human procreation; we reproduce like animals and automatons at the same time that social code requires us to behave decorously.

Mat Collishaw’s Shooting Stars is at the Haunch of Venison until the 31 September 2008.