The SYNTHETICTIMES – Media Art China 2008, a huge exhibition of the media art as a cultural event of the Olympics, is held in Beijing from June 10th to July 3rd at National Art Museum of China. Also Japan Media Arts Festival will be shown at this museum. I attended the opening ceremony and the preview. 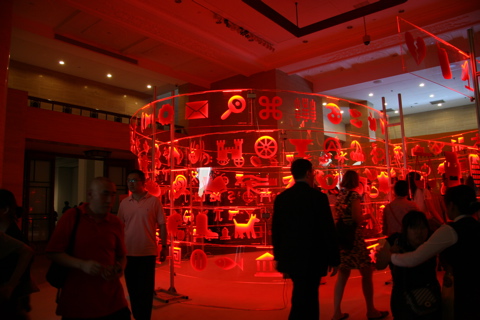 Chinese contemporary art is amazingly active. According to artprice.com an art information site in France, the Chinese market seems to be increasing as the third in the world, after U.S. and England.

About the media art, its increasing is based on tour exhibitions of popular U.S. festivals. They had Japan Media Arts Festival in Shanghai last August, and Beautiful New World: Contemporary Visual Culture From Japan in Beijing and Guangzhou last autumn. Also Japan’s leading media art is popular in China. 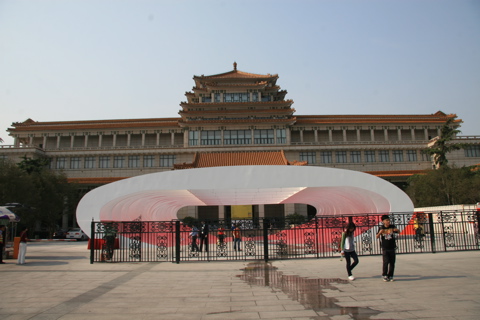 This media art exhibition “SYNTHETICTIMES” is sponsored by the National Art Museum of China, the only National Gallery in China. The executive committee chairperson is Fan Di’An, a professor of the China Central Academy of Fine Arts. The artistic director and curator is Mr. Zhang Ga . I’m surprised that China is responsible for the sponsorship, planning and also the management of the exhibition. I’ve never been aware of such an exhibition in China. 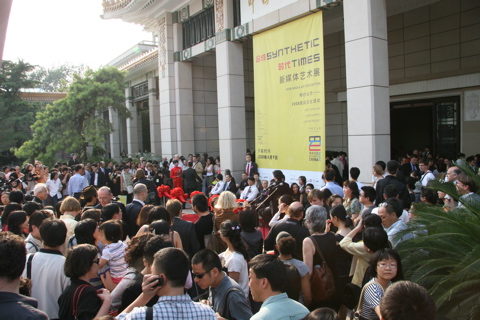 More than 500 people came to the opening ceremony that started at 5pm on June 9th. The diversity of guests was at the ceremony including many artists, curators, researchers and directors from media art centers or festivals. They were from America, England, Australia, Canada, Holland, Switzerland, Germany, Korea, Japan etc.. The ceremony started with long greetings and it seemed to continue forever. I found some guests from Europe and America were very tired of it. After the preview, there was a reception in the satellite site and then a dinner party. It was around half past 10 when all the programs were finished.