A journey through the human body. 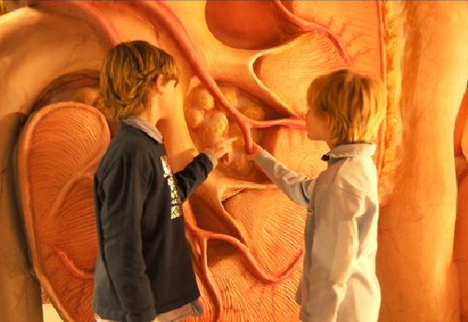 A stormy November-esque day in the middle of July is probably not the most flattering angle from which to view Leiden’s ground-breaking new attraction: a jaw-dropping 35-meter rusted Cortent steel human figure, that kneels – one half indoors and the other half exposed to the elements – alongside the busy A44 motorway, between Amsterdam and the Hague. 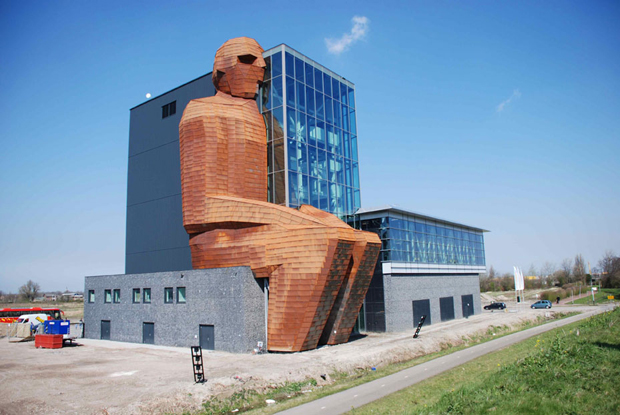 Holland’s famously flat landscape of green fields, grey skies, and a spattering of monochrome cows, provides a suitably humdrum background for this eye-popping mega-sculpture which seemed to come out of nowehere when it first appeared on the horizon some time last year.

The brainchild of Dutch entrepreneur Henri Remmers, Corpus offers visitors a “journey through the human body”, a five-dimensional, interactive biology lesson if you will, via a whitenuckle ride through the all major functions.

Packed with soggy children and frustrated parents at their wits’ end on a stormy summer Tuesday, the reception area was somewhat harrowing… But a short introductory talk later, and we (a small group of around 15 people) were whisked through a darkened passage and into the tour entrance – a giant fibreglass replica of the internal human knee.

Headsets through which a voice reminiscent of Bob the Builder (available in 8 languages) guided us on a maze-like journey through 7 storeys of “organ theatres”, LCD screens and flashing body parts, as we saw, heard and felt the basics of how it all works. 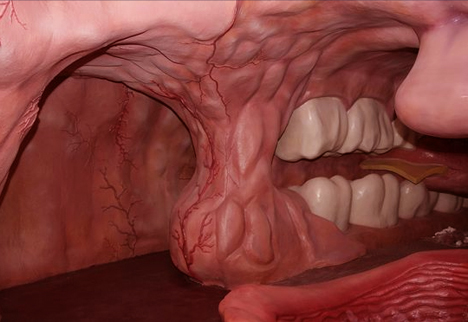 Despite being distracted by the pre-birds-and-bees age of the little girl next to me, my personal highlight was the stereoscopic reproductive experience: myriad sperm whizzed past my ears, and I felt as though I was right there, flying with them through cavernous fallopian tubes, in the race to reach the embryo.

Exiting via the giant brain as the 45-minute tour came to a close, a nagging disappointment suggested that my own cerebrum had not been noticably augmented by the tour. 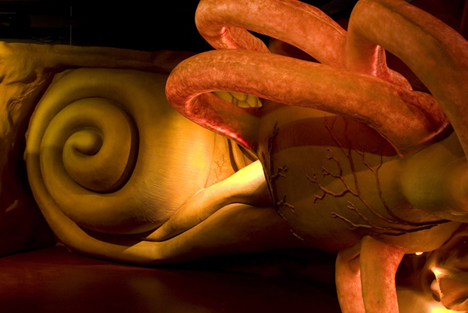 In terms of a learning experience, Corpus is certainly more suited for the little ones (NB ages 8 and up only), as much of what is explained should, all being well, linger somewhere in our addled adult minds, from basic biology in school.

With a slew of Holland’s biggest juice, dairy and fruit brands backing the project, the goal is to promote health- – and, dare I say it, brand-awareness.

But who can argue with an alternative to Disneyland for families who want to exercise the left side of the brain (the side which engages in science, maths, logic and rationality) – as opposed to the right (creativity, imagination and emotions). Et voila, I did learn something after all!