A few years ago, the Bowery existed as a haphazard ménage of old New York City fire escapes, refurbished refrigerators and the poor souls that found themselves at the Bowery mission. It was hardly a posh neighborhood, nor was it a place hailed for it’s cultural significance. It was better known for its low-rent/high-crime status and a slew of ‘Bowery Bums’ (the homeless and alcoholics). 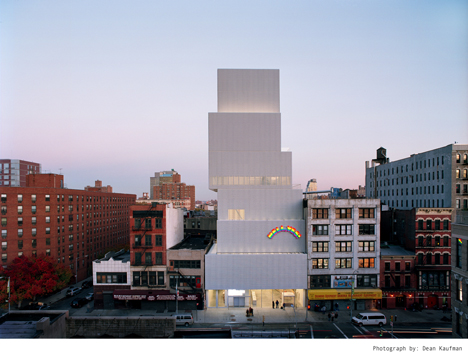 In 2005, an unassuming parking lot on the bowery was chosen to become the permanent home of a still budding institution, The New Museum of Contemporary Art. The New Museum, as it is called in its abbreviated form, is a relatively new player in the contemporary art world. Their mission statement, “New Art, New Ideas”, is an artfully simplified version of the original mission statement penned by the founder Marcia Tucker; “We intend to show works of art which have not yet gained public visibility or acceptance and to present them within a critical and scholarly context.” In 1977 Tucker, then curator of painting and sculpture at the Whitney, was fired. The next day she founded The New Museum of Contemporary Art.

From its start in the Fine Arts building in Tribeca, to its current location on Bowery, The New Museum has held true to its mission. In the 1980’s, it gave exposure to now well known artists such as Keith Haring, Richard Prince, Jeff Koons and Olafur Eliasson. The New Museum has also fostered programs such as the High School Art Program and the Visible Knowledge Program, which aimed to engage at risk teenagers with contemporary art. 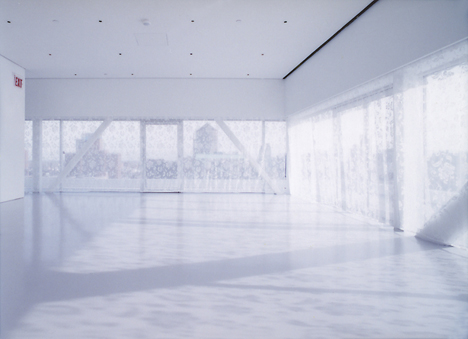 The architecture of the new Bowery building is testament of The New Museum’s dedication to the concept of “New Art”. Tokyo based architecture firm SANAA (meaning ‘art’ in Swahili) emerged as the winner of the New Museum competition. SANAA, consisting of Kazuyo Sejima and Ryue Nishizawa, is a 12-year-old partnership resulting in such works as the 21st century museum of art in Kanazawa and the Christian Dior building in Tokyo. When asked about the commission, Lisa Phillips, the current director of the New Museum, remarked, “We thought we should be consistent with our mission of supporting new art.” Along with a new building, a new identity was devised by the branding agency Wolff Olins (who also designed the (RED) campaign and the controversial London 2012 identity). Thus, the New Museum’s image makeover was complete, launching it into the public’s eye.