It’s likely you haven’t heard of Visionaire, the exclusive art publisher. But after you see what they’re up to, you’ll wonder why you were kept in the dark for so long. Imagine a magazine that acts as an art collective. Each issue is conceived and overseen by the Visionaire editors, with artists, fashion designers, and photographers acting as guest collaborators. 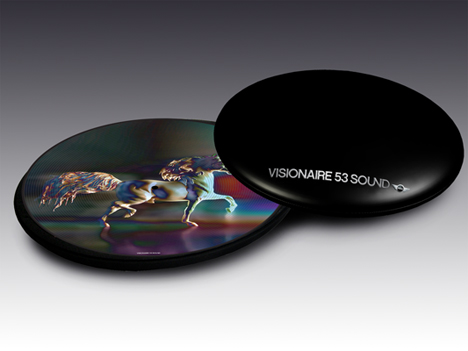 Visionaire’s founders are Steven Gan, James Kaliardos, and Cecilia Dean. Since 1991, their innovative idea for the way an art magazine should be run has been the modus operandi for Visionaire. They produce about 3 editions per year, and this year, with the 53rd issue titled “Sound,” they once again rewrite the rules for a magazine.

“Sound,” is light years from a typical printed magazine. First, notice the art on the five 12″ discs. Each one is designed by artists like Wim Delvoye, Robert Longo, Raymond Pettibon, Peter Saville, Cindy Sherman, and Mario Sorrenti. 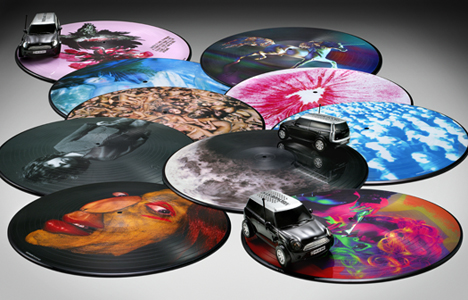 The “Sound” package doesn’t stop here. Inside each edition is a MINI Clubman record player to facilitate listening to all that music. Also, there is a glossy booklet with artist credits and track info, and two CDs with the total production.

“Sound” is for only the most fastidious audiophile. Visionaire has limited it to 4000 copies, with each one carrying a hefty $250 price tag.