Circleculture Cc: is a creative communication agency based in Berlin and Hamburg, providing clients with integrated marketing and design solutions. The agency has developed a unique approach to idea generation. Shift interviewed Johann Haehling von Lanzenauer, a co-director of Circleculture, and one of the owners of Circleculture Gallery, their project space in Berlin. 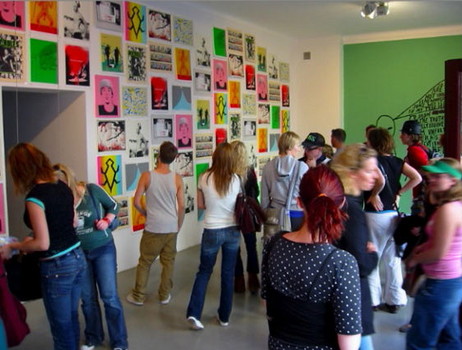 Could you introduce yourselves and how Circleculture started?

The Circleculture Gallery is a project space for new art that was founded in 2001 under the name Cc:room. This commercially independent platform was made possible together with my business partner Dirk Staudinger. In cooperation with international curators, the gallery has developed a large number of exhibition concepts based on sub-cultural movements such as street art. Renamed Circleculture Gallery in 2006, it is located in Mitte, Berlin’s famous gallery quarter, and it is developing a set artists’ program. 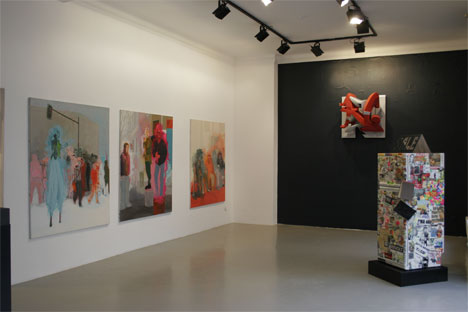 Berliner Strasse. Exhibition set up. From left to right, works from A. Ciudad Witzel, Neon and Nomad. Circleculture Gallery, December 2007.

You have a gallery called Circleculture Gallery. What kind of artists have had exhibitions in there, and how do you curate or select the artists for exhibitions?

The artists showing at Circleculture Gallery often emerge from subcultural scenes such as Graffiti, Street Art, Skateboarding, Punk Rock like Shepard Fairy, André, Jaybo Aka Monk, Geoff McFetridge, Peter Sutherland, Taro Hirano or JR… To us it is important to collaborate with people it is fun to share time with on putting up a show. Artists and curators being really substantial in their work and the same time not taking themselves too serious. It’ s about people breaking the rules of the classical art perception, innovative positions and culturally driven art. On our collaboration with the “Beautiful Losers” curators Aaron Rose and Christian Strike for example we had some of the most influential subcultural american artists showing in our tiny space. I think this is a bit the magic about Circleculture Gallery… we’ re working really concentrated on the quality of the shows and want to keep it in a family spirit… 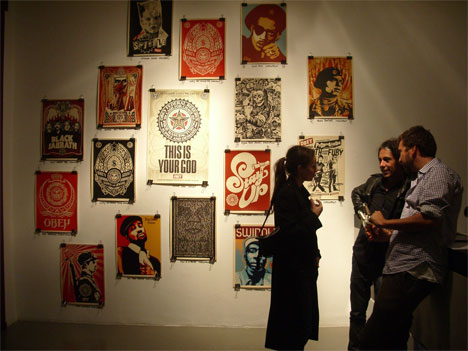 Please tell us about the UT Inspired Love series. How did you select the artists? The theme of the project is “Love”, did this theme have an effect on your decision when you curated the artists?

Yes, and all artists where women, there is this special thing about many women doing art, they put a special way of love and sensibility in their work most men don’t have….