I’ve been watching current hot art scene in Awaji-island, and “Art NPO Protocol in Awaji island” was held from December 14th to 16th. Let me talk about Awajishima Art Center and the appearance of the conference. 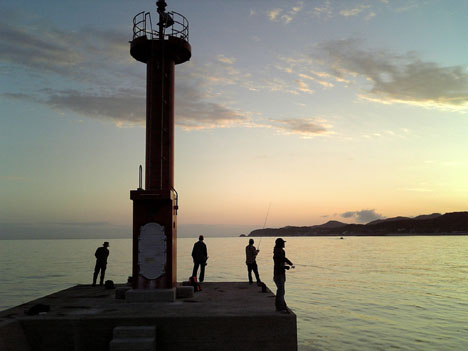 First of all, there is an interesting story that how Awajishima Art Center was started. Ms. Kuniko Yamaguchi received a call from the city when typhoon #23 hit the island in 2004. “Your house is half destroyed, and we can offer a little help if you would demolish it.” She didn’t know even she owned a house there until that moment. 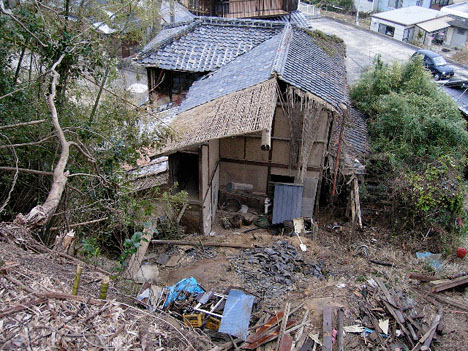 Hinode-tei just after hit by typhoon.

She named the house Hinode-tei and offered it as a place for artists because it took a bit much to demolish the house. Artists started to come over from nowhere and then a talk welled up “Let’s have Awajishima Art Festival!”. Then NPO Awajishima Art Center was established in order to enter into an event by Asahi Beer in 2005. 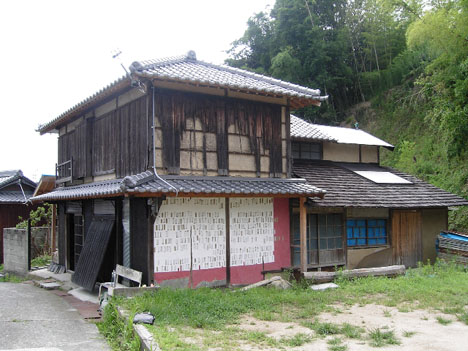 Later on, a vacant house renovation and regional communications with local people in 2005, rediscovery their local resource through the art-related attempt in “ART SIGHT SEEING” 2006. In 2007, this movement reached an idea that they turn Awajishima into the island of Art.