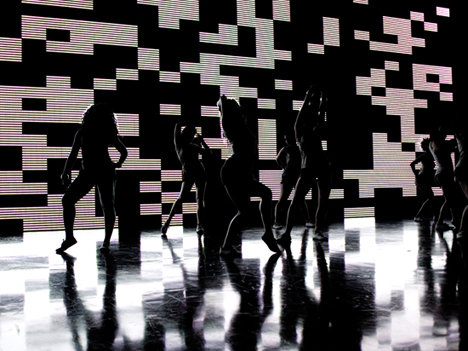 United Visual Artists (UVA) is an artists’ organisation with diverse experiences and techniques. As their name suggests, United Visual Artists work in various media such as installations, music videos and lighting designs.
Their works of art always grab people’s attention and intrigue the audience.
Are there messages behind their works? Is this a unity of science and art that stimulates our senses? We had an opportunity to ask them these various questions.

Please tell us the history of United Visual Artists (UVA) – the name, how it gets started…

United Visual Artists was formed in 2003 by Matt Clark, Chris Bird and Ash Nehru. We started UVA with a vision to create innovative visual shows for touring bands. The name was initially considered ‘tongue-in-cheek’ but as the company has grown we realise it actually describes us very well – many people with different skills working together.

Since then we have diversified, our work now varies considerably. We create our own installation work for galleries, direct music videos, design architectural lighting, create experiences. 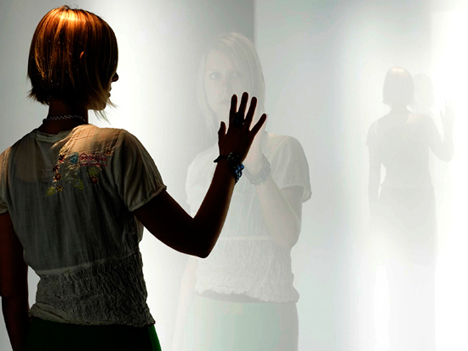 In terms of creativity, how does your work engage the audience each time?

The main part of our work exists in a live context. We’re interested in creating immersive, responsive environments for people to explore and experience, or to perform within. If we can get people “into the moment” then we have succeeded. 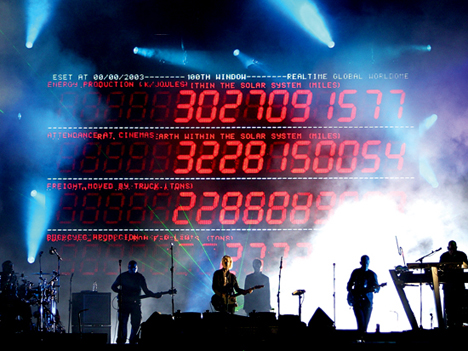 Where do you get inspiration?

Art, design, music, life experiences in general. It¹s hard to pick out any one influence.

The process at UVA is a collaborative one both internally and externally. We draw on each others skills and influences for inspiration. 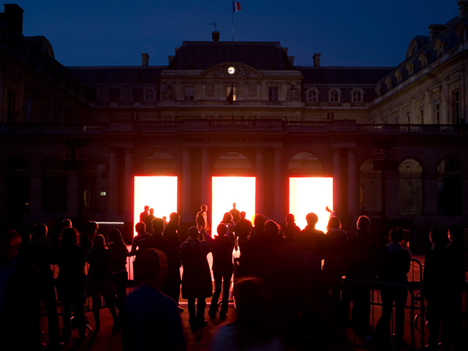 Is there always a message to them? or an amalgamation of science and art that stimulates their senses?

There’s no explicit message, we more interested in provoking emotion through our work. The most you can ask for is a memory.

Is there any ‘glamour’ in this industry?

The glamour is being able to travel, to be able to work with inspiring people and to see our ideas made real.

Please tell us about your latest project.

We were approached by Warp films to direct an 8 minute promo for Battles, an American band. We have worked on music videos before, but it was exciting to have complete control over the process, and also to have the opportunity to work with a band that have such an amazing presence live.

With this in mind, we created a light installation in a barren Welsh slate quarry within which the band performed. We wanted to put them in a unique environment that would react to them and their sound. The idea was that the light columns somehow represent the tight, almost mathematical structure of their arrangements and that the organic chaos of the landscape represented the sometimes chaotic nature of their sound. 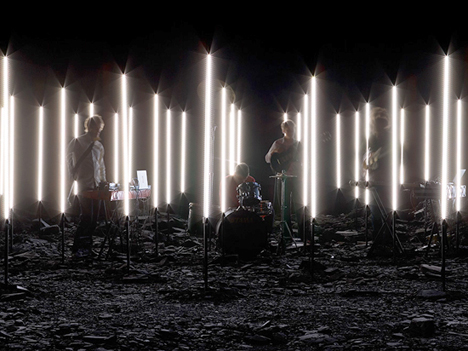 How is it different from your previous projects?

This is the first time we’ve directed a live-action video. The biggest challenge was the fact that it was an 8 minute film, a long time in the world of music videos, so we decided to create an interesting environment and document the performance as a unique event.

Any obstacle or challenge in the current undertaking?

The main challenge was that we were filming in a Welsh slate quarry.
There were horrendous storms in the UK at the time and we only had the band for one night.

We had terrible weather for the setup and initial shoot, but luckily for us the weather was great on the night of the actual shoot with the band.

Which is the most satisfying project up-to-date? why?

“Volume” at the V&A. We created a three month long installation in the John Madejski garden at the symbolic heart of the building. We wanted to create an ever-changing responsive experience that visitors could influence. 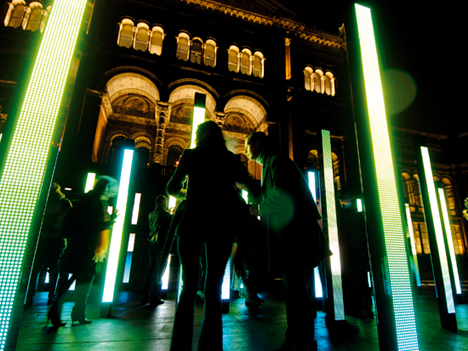 We created a forest-like volume of light and sound consisting of 46 columns of LED, which people could explore in groups or alone. Each column had its own speaker so when the visitors walked through the grid, there was a complete, immersive audio visual response from the installation.

A series of amazing experiences, that people want to share. 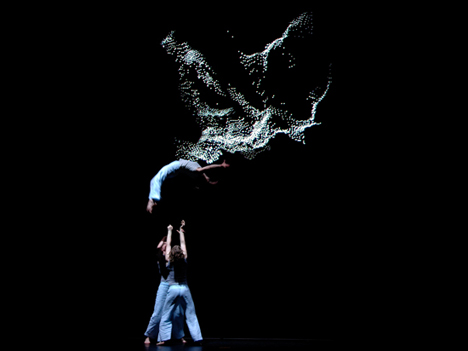 Have you had any fear that you or your team will be running out of energy one day? if the day comes, what would you do?

We would get a new team. Seriously, part of the joy of creating our work is how it changes and we change over time. Constantly challenging yourself means that you can keep making mistakes and learning from them forever.

What would you do if the world is without sound one day (total silence)?

If you had to pick an object (anything will do) to represent each of UVA member, what would you pick for yourself and them. why?

A black cat, a beautiful sunfllower, a pebble, a passport, a light emitting diode, a towel, tupperwear, a shadow, a stopwatch, a piece of paper, a guitar, a pack of cards. We aren’t going to tell you why.

Lastly, please leave a message to the readers.