100% Design London was back to Earl’s Court once again. One of the biggest events among London Design week exhibited interior, furniture, product, lights, all sort of design, in fact. They had Tom Dixon as a creative director this year, who proposes a “city like” theme. The fractured, uneven layout of the booths in Earl’s Court allude to the buildings and street in any major city. The idea is that, like in a Metropolis, visitors to the show will learn, network and share ideas, after all, isn’t that what living in the city stands for? So here we go to the city, with more than 500 exhibitions and 300 different languages. Hold your guide book tight, or you might lose your way… 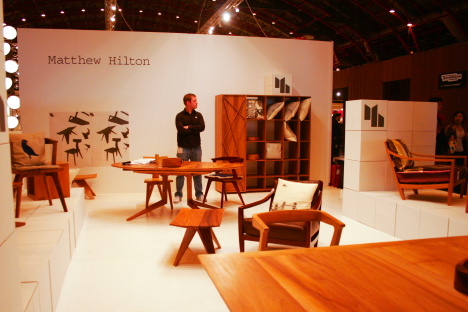 British designer Matthew Hilton‘s original collection launched at this event. Designing for Paul Smith show room, Habitat, East London showroom SCP, his original line unveiled to show it’s high quality. The armchair draws you toward it with its beautiful curves, while the oak table has an Autumnal, slinky smooth pattern on it. The accessories, created by Charleen Mullen and Laura Lees, add friendly and charming character. 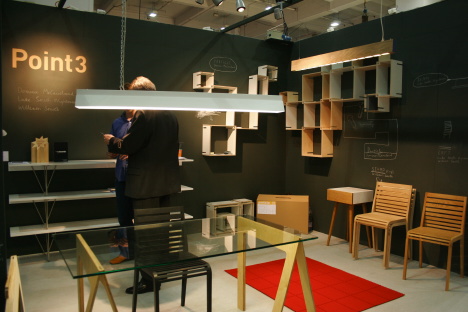 “We want to create something beautiful and truthful, not something shouting.” According to McCausland. A free-hanging, interchangeable shelf, made from rectangles and square shaped wooden cases is illuminated by wood panelled fluorescent light strips. Point 3’s works are simple and straight but full of playfulness and intelligence.