“I started sewing when I was about five. I remembered being with the teacher in school. The boys did woodwork or something, the girls were sewing and I thought ‘Why can’t I do that?’ I asked the teacher and she said ‘Okay’. She was incredibly strict and looking back, she could have just whacked me around the head.

I started making dresses and hats for my sister’s dolls. My mother had chickens, geese, pheasants and ducks, so all the ingredients of the hat were in my house. My mother had a sewing machine. I was never allowed to use it but I was so fascinated by this little needle going up and down joining fabric together that I’d use it when my mother went out to feed the chickens. There was like five minutes to get out of it. If my mother found me I would be in a lot of trouble.

I couldn’t care less for the dolls but I could make the clothes really easily. I was making bust points before I knew what bust points were. I remember being in a neighbour’s house and he said to my father ‘Don’t you think it’s weird that this boy is making dresses for dolls?’ And my father said: ‘Whatever makes him happy’.” 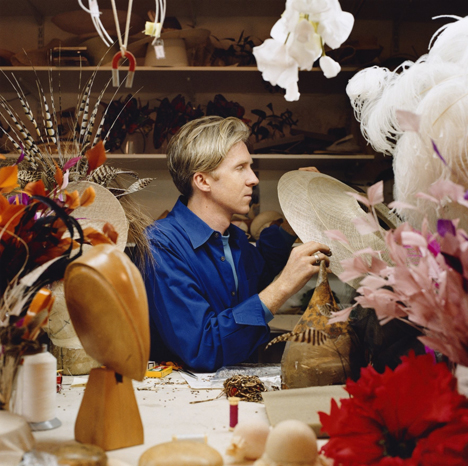 He first made ‘hats’ as a hobby to go with outfits he designed during his fashion course at the National College of Art and Design, Dublin and when the students had to arrange work experience, he chose to spend six weeks with Stephen Jones, the London hat designer.

I saw his work – ‘When Philip Met Isabella’ at Design Museum, London in 2001 and they immediately struck me into some kind of unexpected and surprising expedition especially the castle hat, a representation of Isabella’s ancestor who saved the Black Prince at the Battle of Poitier. A showcase of how creativity can be transcended into another level!

And since then, I couldn’t take my mind off the hats – creative, inspiring, engaging and spellbinding… 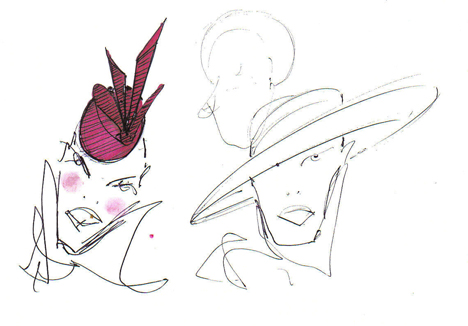 Could you tell us what’s your typical working day like?

I’ll have breakfast at Il Corriere on Elizabeth Street, I’ve been going there for 15years and always have the same thing, two fried eggs and chips! Then I’ll walk through Battersea Park on my way to work with my two jack russels, Archie and Harold. Then once I arrive at work I find it very difficult to leave, there is always so much to do. I usually walk home at around 9pm and then it all starts again the next day!

What are you working on now? Is it individual or collaboration with someone? Who?

Last year I was approached by an Irish property developer to design a hotel in the west of Ireland, called The G. My immediate concern was my inability to give the client traditional Irish design. But after working on the project for a time I realized I was the Irishness. I am a product of Ireland, I grew up here and I was educated here. My aesthetic is intrinsically Irish. My Irishness travels with me everywhere I go. I am a representative of 21st century Irish Design. I am now working on a hotel in London with the same company. 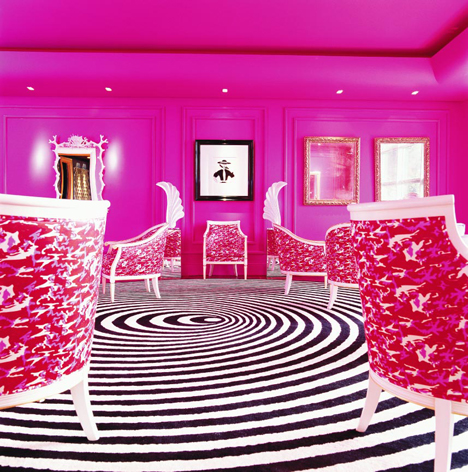 How is it different from your previous projects and collaborations?

It’s exciting because it’s in London, it’s the only city that truly feels like home, and has the best of everything life has to offer – to quote Samuel Johnson “when one is tired of London, one is tired of life.”